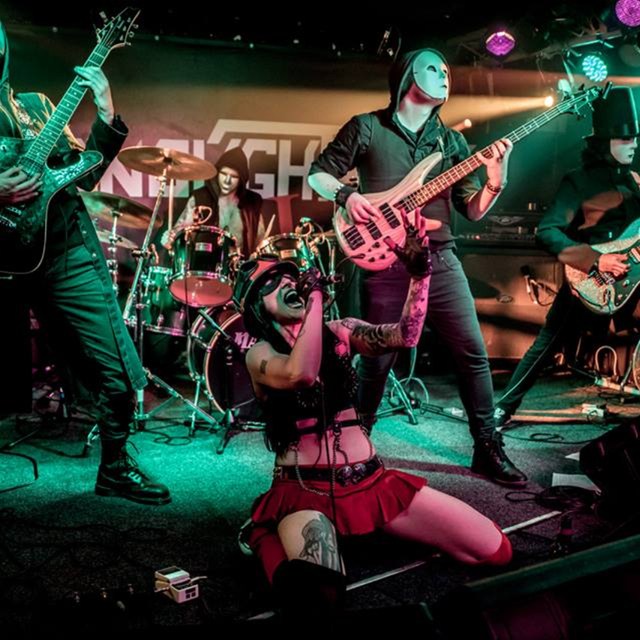 Splintered Halo are a well established female fronted character metal band based in Glasgow. We choose a popular character and create a song from the ground up to musically, lyrically, and vocally fit their personality and tell their story. We have a wealth of experience in live performances under our belt, and gig frequently at venues throughout the UK, including Glasgow, Edinburgh, London, and Manchester.

We released a full length album in last 2016, which is available physically, and on most digital platforms, including Spotify and iTunes. We have also recently released our debut music video.

Screen name:
splinteredhalo
Member since:
May 28 2017
Active over 1 month ago
Level of commitment:
Very Committed
Years together:
6
Gigs played:
Over 100
Tend to practice:
1 time per week
Available to gig:
1 night a week
Age:
23 years

All members excluding Evilyn must wear the band's signature mask.

Due to physical health issues our previously very committed drummer could no longer perform with us. So we are looking for a drummer with a love for the music and craft but who is also in a healthy position to perform regularly.