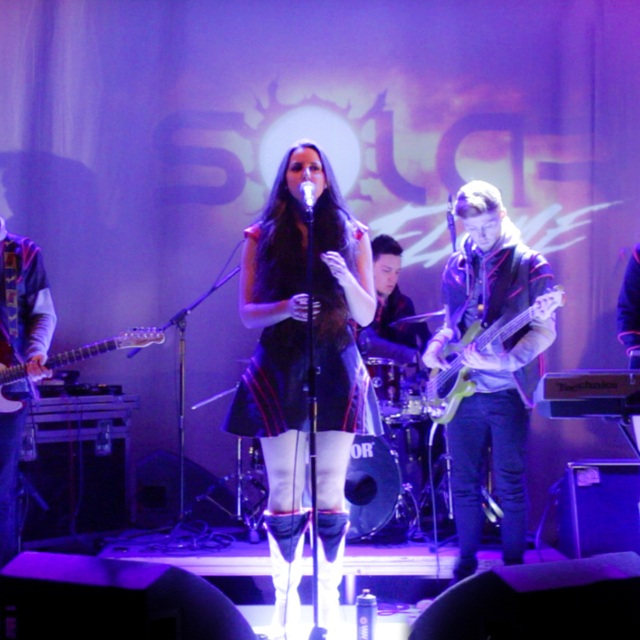 Solar Flame are a five piece pop rock band originally from Hallina'h in Keplar, now residing on both sides of the creative shores of the River Mersey in Liverpool and Wirral, UK.

The band have covered a lot of ground since arriving on Earth only a few short months ago having played in festivals and shows throughout the Northwest including The Threshold Festival @ The Constellations Venue and Adlib Audio Live at Liverpool Community College theatre.

Keep checking the Solar flame site for up and coming gigs/shows and festivals from the world's one and only band from the cosmos.

Screen name:
SolarFlame
Member since:
Apr 17 2016
Active over 1 month ago
Level of commitment:
Touring
Years together:
1
Gigs played:
Under 10
Tend to practice:
2-3 times per week
Available to gig:
2-3 nights a week
Age:
23 years