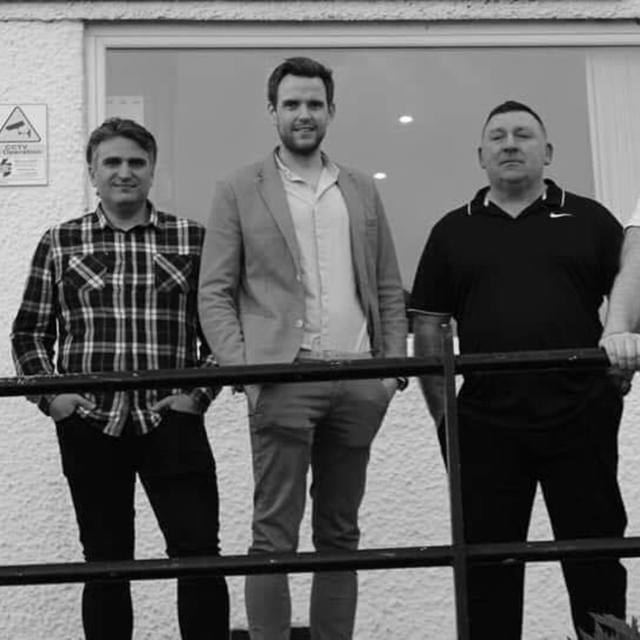 We are one of Scotland's best, and busiest, Rock & Indie Covers bands, playing at venues throughout the country. From as far afield as Skye in the North to Dumfries in the South - we play the best Rock and Indie music for Scotland's best pubs and clubs and weddings.

We are all experienced musicians and have played together for 14 years.

We will provide you with an authentic blend of Rock Pop & Indie music, playing the best songs from classic bands and if you want the best of both worlds we can play a contemporary selection of DJ music; in between the live sessions - its your choice.

We provide a high quality entertainment service for your big day, providing you with the best of both worlds; Live Music and DJ/Club Sets; if required. Our contemporary list of songs means you can have a blend of Indie, Rock as well as some dance tunes.

You can choose your special song for your first dance and we will do our best to play it for you. We are well known for providing a superb entertainment package and we do not believe in overcharging just because it is a special occasion.

You are guaranteed great music and your guests will have a memorable time.

One of the bands founder members, Paul plays keys providing authentic sounds from the songs from the 60's through to the 00's.
Paul also sings backing vocals adding to the full sound of the band. Paul enjoys listening to both Indie and Rock bands such as Kasabian, Whitesnake and The Killers.

Corey gives the band the coolest sounding bass guitar you'll hear. Playing in the band for many years now, Gary's choice of weapon includes; a Fender Jazz bass and a Status Graphite bass. His backline is an Ashdown Mag 300 with a twin 10" cabinet and a single 15" cabinet which makes the whole house shake when he plays" Gary also has legendary lead and backing vocals with a wide vocal range from the high notes of Bostons More than a Feeling to the low notes of Uprsing by Muse. Gary's vocals add to the vocal cocktail that makes Slipstream's sound one of quality, like a good vodka martini; shaken but not stirred.

PC is a guitar hero hailing from Kirkcaldy. He has a vast experience of playing in numerous bands, mainly in England. His armoury of guitars includes; Gibson SG (61 Re-issue) a Gibson Les Paul, Ibanez JEM 555 (Steve Vai), BC Rich Warlock (Mick 7 Slipknot with EMG's) Fender Stratocaster (USA), Gibson Les Paul (New Century), a Dean "Dimebag Darrell" Razorback Vee, Twin Neck S.G and an Ovation Acoustic. His choice of backline is a Marshall TSL 60 all valve head and a Marshall 4x12 Cabinet, it’s a real eardrum BUSTER, one loud Mutha and for effects he uses a Crybaby Wah. Paul's guitar solos are legendary and epic.