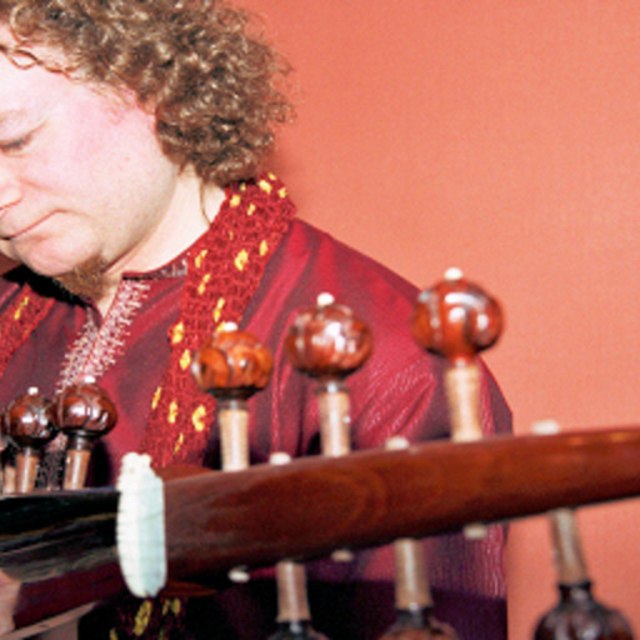 Simon and Tapan are available for concerts at short or long notice at festivals, Arts Centres, village halls, weddings, restaurants, and private functions anytime throughout the year. They can also give lecture demonstrations, workshops, improvisation workshops, and teach Indian music privately or with small groups.

Simon performs traditional North Indian Classical music on the Sarod, both solo and accompanied by the Tabla. He can bring his own PA if required for audiences of up to 400. A raised stage and attractive carpet should be provided if possible but he can bring his own carpet if unavailable. For more information about the Sarod go to http://en.wikipedia.org/wiki/Sarod.

Simon Kohli â€“ Sarod
Simon has been learning Sarod for 15 years and is an accomplished musician. He took his initial training on the sarod from Ustad Wajahat Khan in London in 1992 for many years of one to one lessons and has been performing professionally since he graduated from University College Winchester in 1998 with a BA Hons in World Music and English.

At that time Winchester had a thriving World music department where he was lucky enough to study Ethnomusicology with Dr Malcolm Floyd and Dr Frances Silkstone. After moving to the South West in 1999 he has continued to receive tuition from Sri Krishnamurthi Sridhar, the Sarod player based in Stroud and Sri Tapan Roy, who is an excellent Sarod player although his main instrument is the Tabla. Simon has also attended the Indian Music Summer School at the Royal Academy of Music in London where he studied with Purbayan Chatterjee. Simon is of mixed Indian and English heritage.