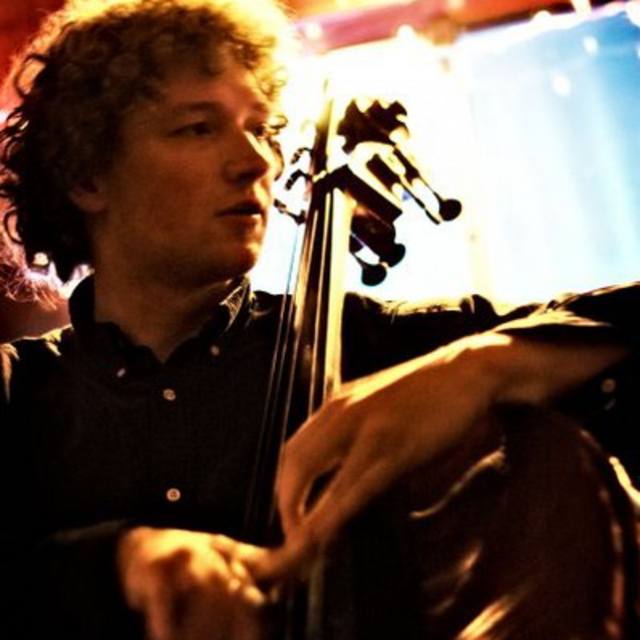 Shane Allessio is an improvising acoustic/electric bassist, composer/arranger and educator. Originally from Amherst, Massachusetts, he studied in Boston at both Berklee College of Music and the Stinnett Academy of Music. His teachers included Jim Stinnett and Rufus Reid. He has performed and recorded with Boston-area artists such as Joe Hunt, Dino Govoni, Phil Grenadier, Mike Tucker, Dave Fox, Jack Perricone, and Yoron Israel among others, and has toured Japan with pianist Makoto Takenaka. Formerly principal bassist with the Quincy Symphony Orchestra, and section bassist with the Cape Ann Symphony, Shane is as comfortable in the orchestra as he is in a jazz combo, rock band, or playing completely solo.
In June 2008, the Shane Allessio Bass Band (SABB) made its debut performance at the New Hampshire Bass Fest. The band included Rufus Reid (acoustic bass), Jim Stinnett, Dave Buda, Steve Bailey, Todd Johnson (electric basses), Dino Govoni (reeds), Joe Hunt (drums), and Shane Allessio (composer/conductor). Following the New Hampshire Bass Fest, Shane was commissioned by Los Angeles bassist Todd Johnson to write three big band features. You can also hear his string arrangements on Seth Glier’s album “the Trouble With People.” To hear more of Shane’s compositions, check out his CD, SHANE.
As an educator, Shane has travelled the U.S. with Jim Sinnett (stinnettmusic) in Secret Chambers. Secret Chambers is an educational presentation that involves memorizing, performing and analyzing the soling styles of the great jazz bassist Paul Chambers. Past presentations have occurred at the International Society of Bassists Convention, the New Hampshire Bass Fest, the University of Illinois, and Berklee College of Music. Shane is a faculty member of Bass Workout Austria, coming September 2010, as well as a teacher for the Stinnett Music Online School. He is also available for private lessons. Feel free to email him at sallessio@, and check out the website at shaneallessio.