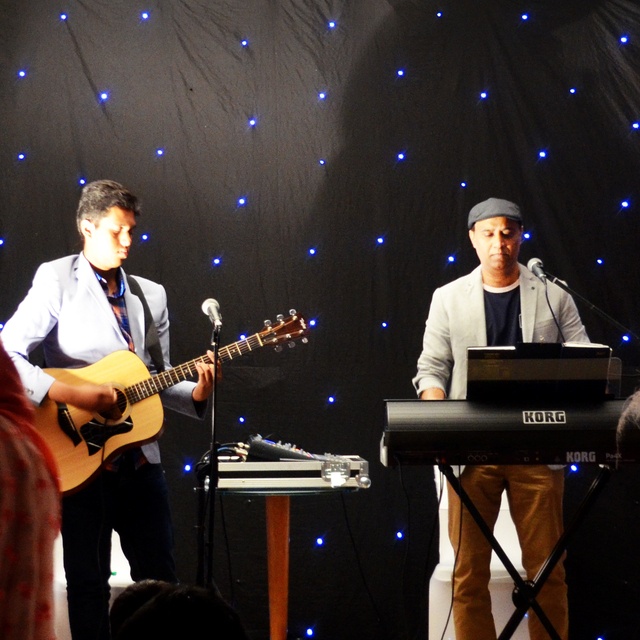 We are being treated as one of the best quality Bollywood professional live bands in the UK. We perform Indian & Pakistani Pop, film's, ghazals, sufi & bhangda on weddings, birthday & other parties & events at very affordable price providing top quality music.We also posses nearly 12000 fanclub in the UK. We have performed in London Halal Food Festival, Oxford University & Edinburgh Universities & 30 other cities in UK, & EU.

This band is being lead by a seasoned, professional singer and musician who has studied under few of the great ustads of Pakistan including Ustad Bebay Khan and Pundit Ghulam Qadir (Elder brother of Great Mehdi Hassan). He is well known for his strong textured vocal chords which allow him to perform melodies from many diverse genres in Urdu, Hindi or Punjabi from Pop, Ghazal to Folk, and Bhangda.

Having played all over Europe and in South East Asia with the best players in Desi music Khan's career has now gone in a new exciting direction with the formation of Sureelay. Sureelay is a new ensemble combining the talents of Khan and his son Hamza (guitar).

This new ensemble is being considered one of the top bollywood band (Asian Wedding) in UK.

Screen name:
Shag
Member since:
Oct 23 2014
Active over 1 month ago
Level of commitment:
Very Committed
Years together:
15
Gigs played:
Over 100
Tend to practice:
More than 3 times per week
Available to gig:
1 night a week
Age:
44 years