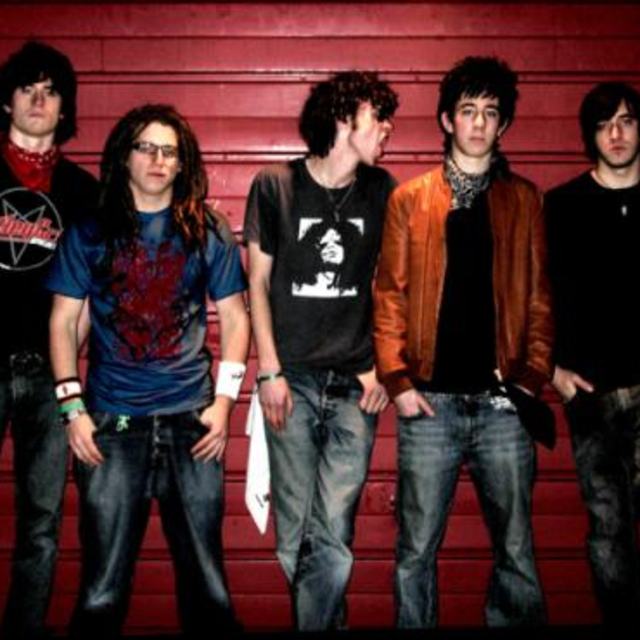 Scarlet City formed in the Winter of 2004, when rockers Jimmy Jay (guitar) and Robbi Roxx (bass) decided to form a band that would re-invent rock 'n' roll for a new generation, sending the slumbering rock scene a much needed kick in the teeth. Donnie J, of Six Weeks Alive, was recruited to fill the vacant guitar spot, with his former bandmate Paul Scarlet reclaiming the microphone. Alex Dow (Insulin) was brought in and became the band's drummer. After a short stint by accomplished bassist Matt Spooner, 'Robbi Roxx', rejoined the fold to complete the line-up. In November 2005, Scarlet City hit the studio with Frankie Torpey of Days in December to record their debut EP. 'Young Guns' and 'Hairspray (and Urban Decay)' were immortalised on disc. These tracks can be heard here, at www.myspace/scarletcity and at www.purevolume/scarletcity. NB: We are in the process of making an official website, and can send copies of the demo on CD at request. Feel free to contact us for any more information. (All songs Copyright © Scarlet City 2005 www.scarletcity.co.uk)

Screen name:
scarletcity
Member since:
May 20 2006
Active over 1 month ago
Level of commitment:
Committed
Years together:
2
Age:
years

A combination of classic influences...with a fresh sounding edge. Dragging 80s sounds kicking and screaming into the 21st Century. Listen for yourself.