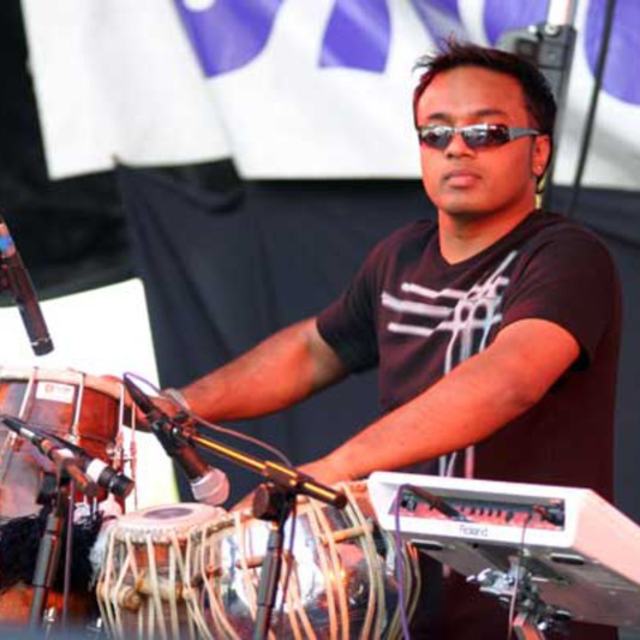 Sandyman is a well known musician and TV presenter within the Asian community.

Sandyman was born in London, a disciple of Pandit Govind Chatterjee - Farukhabad Gharana.

Musically trained in India and with influences from Bangladesh, Sandyman regularly scores music for various musical concerts, albums and films in the Uk and Europe.

In 2003 Sandyman was invited to Sir Paul McCartney's private residence where he performed exclusive Indian Music.

Sandyman is based in London and is the favourite accompanist for many of UK's and Europe's greatest artists. Sandyman regularly accompanies artists from Bangladesh and India and he travels all over the world for performances.

SANDIP HAS BEEN INSPIRED FROM A LOT OF FAMOUS SPECIALLY PAUL McCartney whom
he performed for.