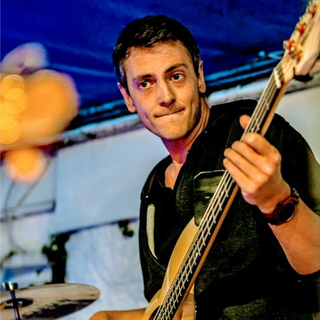 - An experienced 30 yr old international bassist based in London and Somerset, UK.-
-Grade 8 qualification, a National Diploma in Music Practice and an AS in Music.-
-Professional 'can do' attitude, easy going, polite and patient.-
-Learn sets very quickly, able to improvise and follow instruction on the fly well.-

Screen name:
Sam Coath Bassist
Member since:
May 09 2008
Active over 1 month ago
Level of commitment:
Touring
Years playing music:
15
Gigs played:
Over 100
Tend to practice:
More than 3 times per week
Available to gig:
6-7 nights a week

Wellington Business Function, with a covers set from the original funk/rock/jazz/classical band 'Riddleskin'