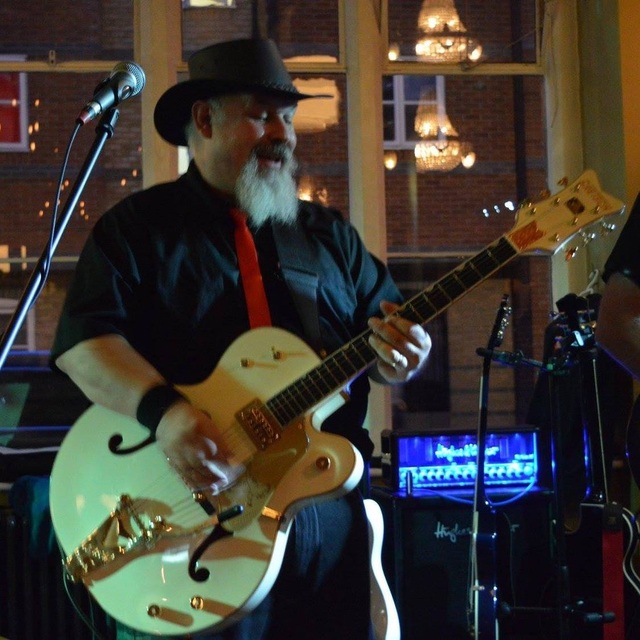 Simon is one of the guitarists in Break Cover - the Salisbury based classic rock covers band who won Best Covers Band in 2014 & 2015; Simon was also nominated as Best Guitarist in 2016 & 2017 at the Salisbury Music Awards.

Occasionally a pedal board which can vary from the very simple to "how the hell do you fly that thing!"