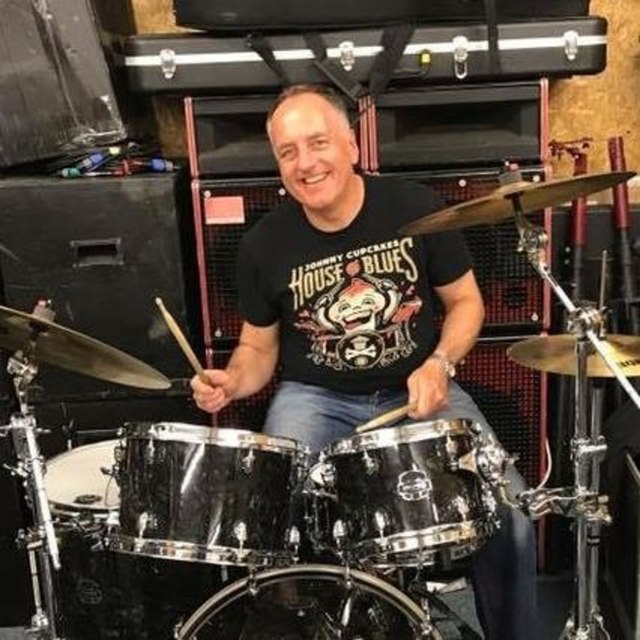 I was the original drummer for ‘Persian Risk’, a heavy metal band from the new wave of British heavy metal era formed in 1979, hailing from Cardiff, Wales, with Phil Campbell as its founding member (well known for his later Motorhead success). The group was active until 1986, releasing a number of hits.

I am currently with a band originating from the Blackdown Hills, bringing a wealth of experience and a ton of energy. We cover dance driven rock, pop, indie and blues dance numbers from the 60's right up to present day hits, although we also play some more mellow songs - ideal entertainment for festivals, pubs, clubs, parties, wedding celebrations and corporate functions.

Songs covered range from Patti Smith, Alanis Morissette and Blondie via The Police, Santana and The Cult to ZZ Top, David Bowie, The Stereophonics and Feeder.

I joined Bar None in 2017 after taking a short break from professional drumming to focus on family interests.