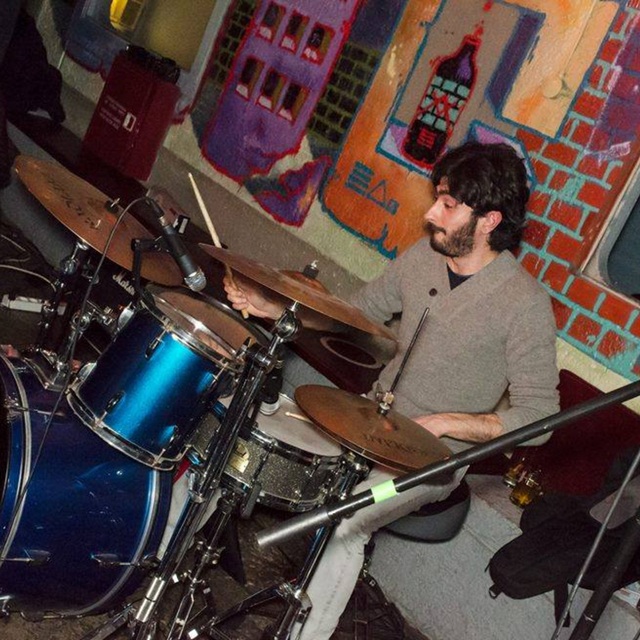 Dimitris Anastasopoulos was born in Athens on 14 August 1982. At the age of 16 he starts studying drums and was taught the technique and philosophy of the instrument focusing on various styles of music such as rock, funk, fusion, r & b, soul.
In 2009 he passed his exams in London College of Music (Thames Valley University) and he graduated in 2010 with honors in advanced musical performance on drums (Advanced Music Performance on Drum Kit). In 2011 he studied jazz piano and harmony lessons and in 2012 he started having saxophone lessons and jazz improvisation lessons on the drums. At the same time he applies for Rotterdam Jazz Academy (Codarts) where he was invited to give the second-stage examination.
In 2014 he gets his certificate from Berklee College Of Music (Boston) on improvisation in Jazz music performance. At the same time, he was giving drum lessons in Polymneio Conservatory in Patras, Greece. He had been working with various artists of the domestic music scene, such as composer Takis Soukas, and performed on stage next to musicians like Kostis Maravegias, Johny Vavouras, the Blues Wire band, Rotting Christ, Paul Di Anno (Iron Maiden) and Enforcer.