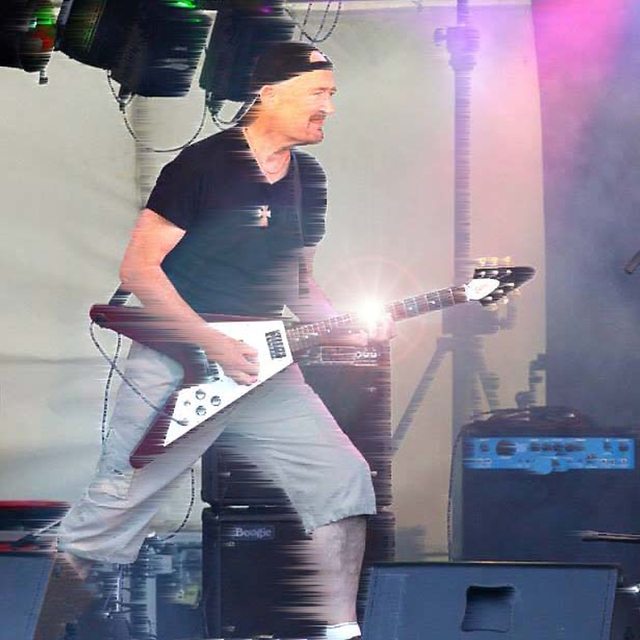 I have played pro and semi pro work for over 30 years in a wide range of bands from 50â€™s, 60â€™s, to classic rock, metal, through to soul, blues pop and jazz.

Having gone through the shred thing years ago I now play more with feel, and with the use of vibrato & phrasing in soloing (i.e. BB King, Kossoff, Trower etc.)

I am looking for either an existing band or to work with a good quality singer that I can build a band around.

I believe that stage presence and image are important, because we are being paid to entertain! Also I like to get things right musically with the right chords, light and shade etc.

I have backing vocals, good gear and transport, can practice any night of the week but I do want to go out and start earning money pretty quickly too, so just practicing for the sake of it is out Iâ€™m afraid.

Anything style that is musically pleasing I will play, including a lot of â€˜recentâ€™ material.

Although I do not have much recent recorded material I can send you mp3 files of my rendition of Toccata & Fugue [originally recorded by Sky & John Williams], and my take of the instrumental Walk Donâ€™t Run recorded live at a social club on 4 track in the 80â€™s!

I have some musical ideas of my own and may also be interested in any song writing collaboration.

I have added a finger picked style in recent years, much in the vein of Knopfler and Clapton which works well for other styles of playing as well. My influences are many but include Schenker/Gary Moore/Blackmore/Kossoff, Beck [Jeff that is], John Williams, Brian May and so on, but I am happy playing anything that is musically pleasing.