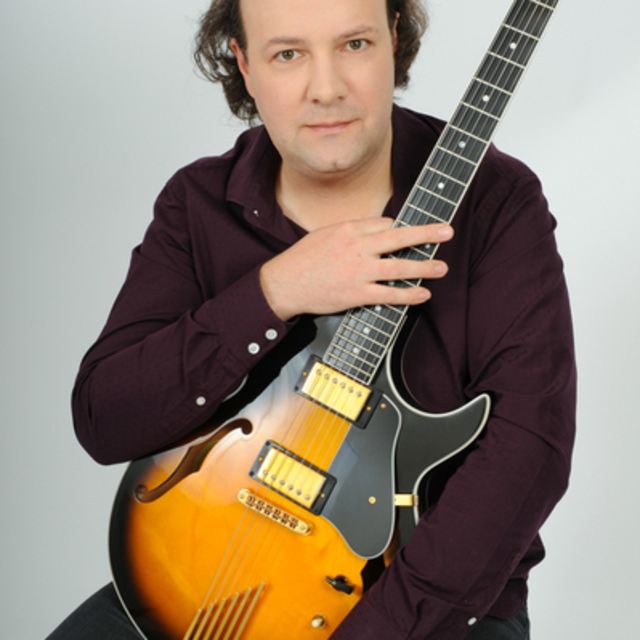 I am a guitarist, composer, producer and all-round musician, and have done a few good things in the past... Credit highlights include working with Steve Howe and Jon Anderson of Yes, Glenn Cornick and Clive Bunker of Jethro Tull and Steve Grant of The Sweet. Otherwise I used to tour regularly all over UK and Europe.

Currently on a bit of a hiatus after moving to rural Wales, but looking to get the fingers moving again.

All the guitar greats! Including but not limited to Steve Howe, Gary Moore, Larry Carlton, Eric Clapton, John Williams, Martin Barre (yes I know this is a strange list but it reflects my style and outlook).

Southend. First of year with Fragile, celebrating 10 years of this band.

in Holland with Fragile

in Belgium with Fragile

On tour with Fragile

with Fragile and ... very special guest

in Andover, with the David Imrie Trio in full swing