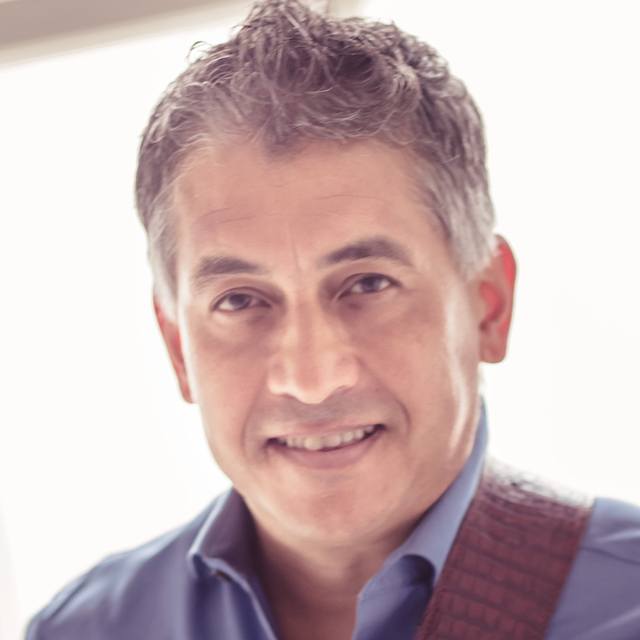 After leaving Florida, he moved back to Germany and then to England, working as a professional guitarist performing hotels, clubs, corporate events, festivals and concerts with jazz, fusion, funk, soul, pop and rock bands. He was also the guitar instructor for the Ramstein Community Center, Ramstein Air Force Base Germany, from 1995-2007, RAF Mildenhall Community Center and RAF Lakenheath Community Center England, from 2007-2010, along with teaching privately at his home studio. As an independent recording artist, he has composed, recorded, produced and promoted four of his own CDs via performances with his band “Acoulectric” in Europe from 1998-2008. He then moved to Colorado Springs Colorado, working as a jazz and blues guitarist, taught students at Peterson Air Force Base Youth Center, the Colorado Springs Conservatory of Music, Lucci Music and again with his own private guitar students from 2010-2016. In April 2016 he moved back to England to teach at the RAF Mildenhall Community Center, RAF Lakenheath Community Center, perform and record music for future CDs and teach private students at his home studio. So whether hes opening up for the Neville Brothers at the Jacksonville Jazz Festival Florida, the Temptations in Germany, performing at the Vienna De Castello Jazz Festival Portugal or playing with great musicians such as sax player Sam Rivers, drummer David “Fingers” Haynes, alto sax player Derrick James, flute player Burdette Becks, singer Lisa Kelly–you will find a professional guitarist who will give nothing more than his absolute best to every performance, on stage or in the studio.

MEMBER OF THE MUSICIANS UNION UK

Checkout my music at:
ricosouthee, itunes, amazon or most online stores.