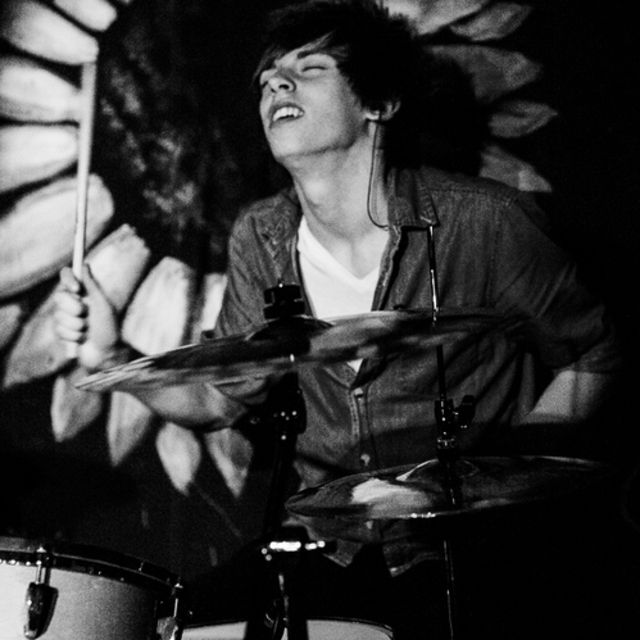 I have played drums since the age of 7 and began receiving professional tuition from the age of 11, to which I continue to this day. I have also had lots of experience writing, recording and performing in different bands throughout high school and music college.

At the age of fifteen I was hired to record a 6 track album for the band Massless at CM Studios in Coventry. Although the music was not of my personal taste, this was a great opportunity for me to develop my skills in an unfamiliar genre, showing that I am willing and able to adapt to any style of music. The band were very complimentary of my work, to the extent that they now recommend me to other bands and recording studios.

I am a member of a band called The Time Thieves and have helped accomplish many things within a relatively short space of time; such as being awarded a promotional contract with M.A.S. Records, writing and recording new material and gigging 2 to 3 times a month throughout the Midlands. Through this I have had the opportunity to play in large venues such as The Robin 2 in Bilston and the O2 Academy Birmingham, alongside smaller venues such as The Sunflower Lounge and The Roadhouse. You can find more about my band on our Website at: http://www.thetimethieves.co.uk/

In my spare time I develop my skills by regularly practicing at home, I also busk regularly with friends of mine, playing jazz, blues and funk, I also attend a local Open Mic night where on many occasions I am the 'house drummer'. This has helped to promote myself locally and grow my confidence. To further promote myself, I record and film myself performing various different covers, from August Burns Red to Pendulum, on my YouTube Channel, which can be found here: https://www.youtube/user/HemmingSevenfold/

Screen name:
Reiss Hemmming
Member since:
May 15 2014
Active over 1 month ago
Level of commitment:
Very Committed
Years playing music:
10
Gigs played:
10 to 50
Tend to practice:
More than 3 times per week
Available to gig:
4-5 nights a week