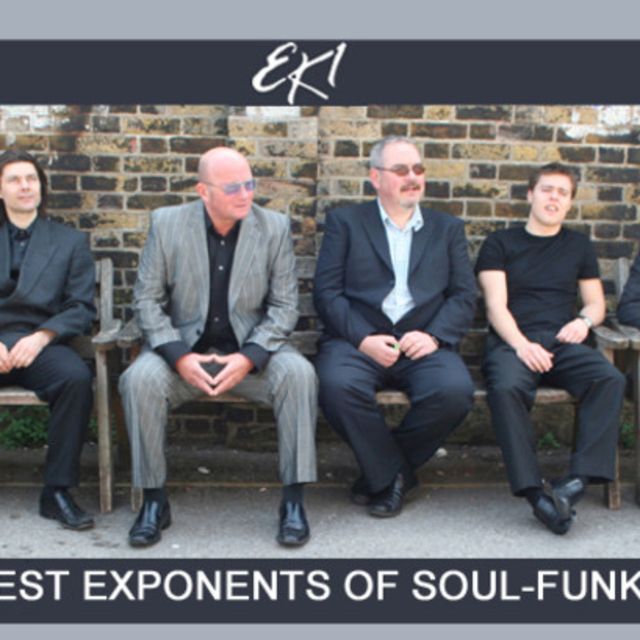 6 man soul-funk band based in Thanet and Deal, Kent. EK1 are based in East Kent, but have performed around the UK and abroad from time to time.

The EK1 sound is very full, very professional - and very funky. The band plays a unique blend of classic soul and funk melodies with modern dance grooves to guarantee a good time for everybody on the dancefloor.

The band has played many public festival stages over the years, including slots on the same bill as Squeeze, Aswad and Boy George with audiences of up to 20,000 people. In 2007, EK1 performed at the Quex Festival on the same bill as Hullabaloo and Ben Mills.

Screen name:
reallybrown
Member since:
May 05 2008
Active over 1 month ago
Level of commitment:
Very Committed
Years together:
20
Gigs played:
Over 100
Tend to practice:
1 time per week
Available to gig:
2-3 nights a week
Age:
61 years