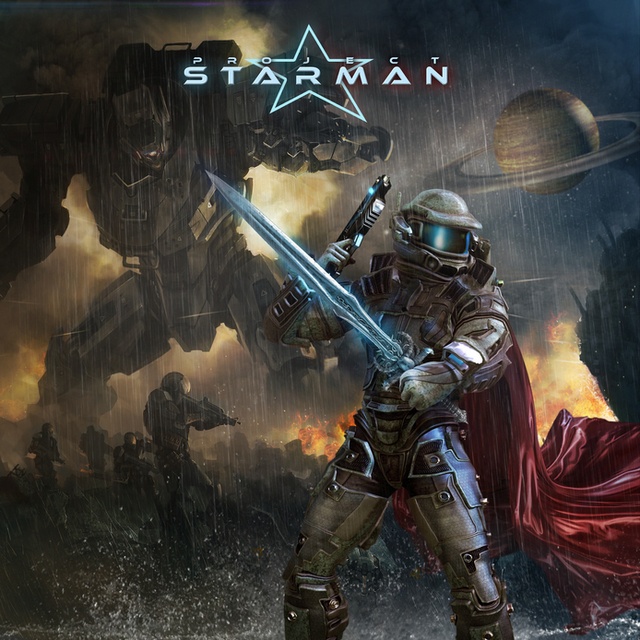 STARMAN is a musician/ Audio Engineer from Glasgow, Scotland, the music he creates and produces range from electronic, heavy metal and acoustic.

from an early age he has had an obsession for all things Science Fiction and from that seeks and implements a science fiction elements into his music, he likes to create more than just a music track he seeks to create music that tells a story or has a concept surrounding it, this is what makes STARMAN stick out from the crowed, as he is one of the first to bring this element to modern music.

In 2011 Stephen release "Battle of the Starmen", a full length concept heavy metal album that tells the story of a futuristic human race and their en-devouring conquest through the stars.

In 2015 he released 6 track EP "Star-Tech", this is his first outing diving into the EBM/EDM, future pop scene, The EP fallows a Post Apocalyptic theme.

Currently Stephen Is working on a fallow up to the 2011 album "Battle of the Starmen" and working on more future pop dance tracks, and as always keeping the Sci Fi Theme he is known for.

Also if you have tracks you wish to be mixed and mastered please do not hesitate to get in touch with the Starman himself.

Screen name:
ProjectStarman
Member since:
May 17 2017
Active over 1 month ago
Level of commitment:
Touring
Years playing music:
25
Gigs played:
50 to 100
Tend to practice:
More than 3 times per week
Available to gig:
6-7 nights a week
Most available:
Nights