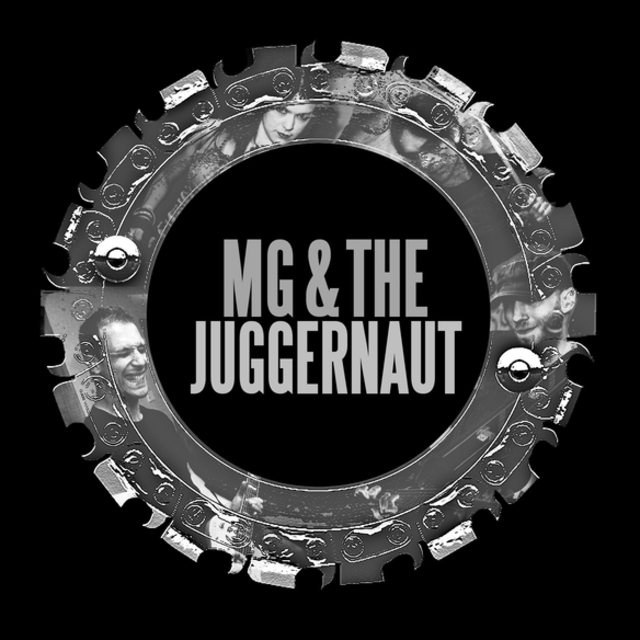 MG & The Juggernaut are a Bournemouth based hard rock band formed in 2009. Featuring Simon Miller on rhythm guitar and vocals, Luke Albigés on lead guitar and vocals andPerry Wicks on drums, the four piece exist to bring their powerful yet melodic rock offerings and energetic live shows across the country and beyond.

"A band of great promise." - GuitarHero

Inspired by a range of music, spanning the likes of Metallica, Iron Maiden, Placebo, Alter Bridge, Coheed & Cambria and many more besides, MG & The Juggernaut assaulted the Bournemouth music scene during its debut gig in April 2010, making their way to the finals of the Star Sensations' 'Battle of the Bands' competition.

"There's so many good things about them. If you like Metallica, check these guys out" - Dorset Rock Online

Off the back of this and numerous other gigs, the band secured themselves the much sought after main support slot for Powerage Recordsâ€™ New Device during their 2010 tour, giving â€˜MGJâ€™ the opportunity to travel the UK and increase their fanbase along the way.

"One to keep an eye out for. 2011 could see big things for them" - Rock-Regeneration.co.uk

To finish the year off with a bang, MG & The Juggernaut teamed up with Activision and Guitar Hero: Warriors Of Rock to open an acoustic show at the Hard Rock Café in London supporting The Lost Prophets.

With the band recently finishing off its debut demo EP, that can be heard in full at www.myspace/mgthejuggnernaut and www./mgthejuggernaut, where the band continues to grow its community, MG & The Juggernaut are currently touring the country, ready to take their unique brand of adrenaline-filled rock all around the world and promise to deliver a live show like no other.