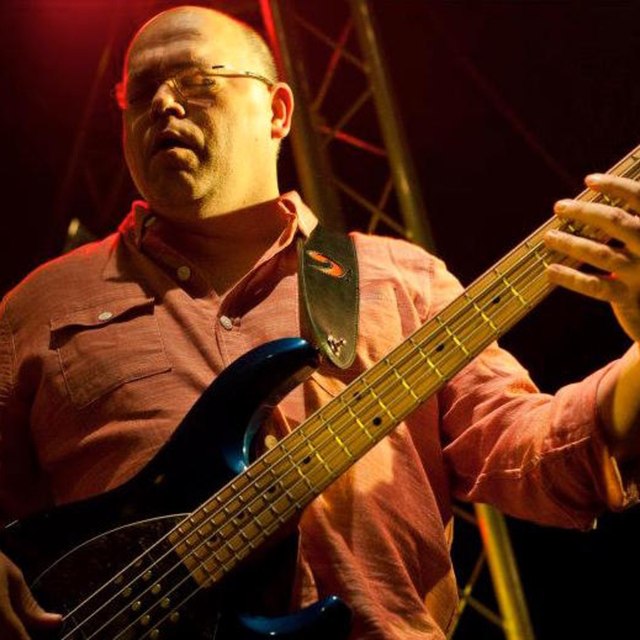 Messed around in bands as a kid but never really got anywhere. Jammed away twenty years with various musicians until I got up and played an open mike night with a couple of mature musical mates a few years back.

I play in an occasional classic rock band doing Santana/Pink Floyd/Neil Young venturing into Furtado/Beyonce when we had a girl singer.

I have also played electric upright in a jazz combo and guitar in a jazzy pop duo.

I have most recently played in a working covers band playing the clubs and holiday camps throughout South Wales gig gin at least twice a week.

Can adapt to play anything that sounds great, although my natural home has to be a classic rock band.

As I learned to play I became besotted with Led Zeppelin, Pink Floyd and Queen.

Nowadays I like rocking out to Linkin Park with my son!