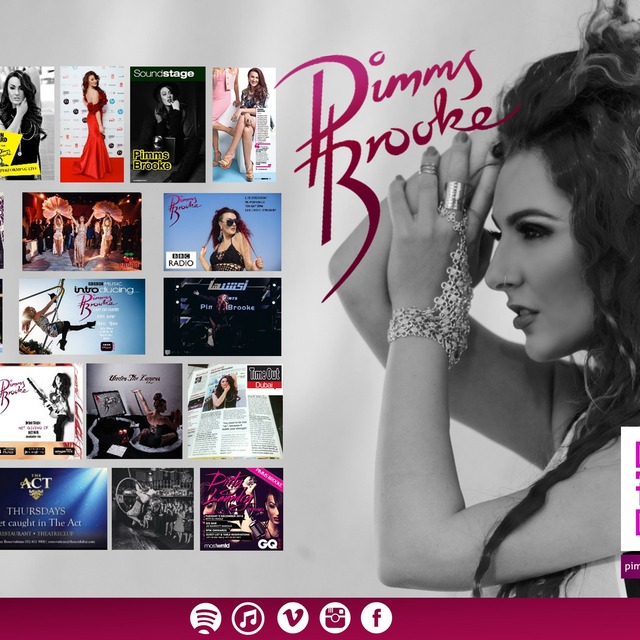 Pimms Brooke grew up in North London, her interest in music was sparked by jazz, soul and funk.

She looked up to iconic artists such as Etta James, Nina Simone, Barbra Streisand, Frank Sinatra and Celine Dion.

Pimms enrolled in stage school and music college at an early age, honing her craft in the music business as well as in production and song writing, which lead her to venture on to recording, writing and co-producing her EP "Under The Layers" which has had major airplay on radio stations and news channels such as BBC, Virgin Radio1 and is available on all music platforms.

She has built an impressive profile in Dubai as her eclectic vocal style became a regular staple at some of the city's most prominent venues with performances at The Act, Pacha and shows at popular events such as Fashion Forward, GQ Magazine and Formula 1.

Pimms also became one of the first artists to perform in KSA alongside famous artists such as Mariah Carey, Sean Paul and Tiesto.