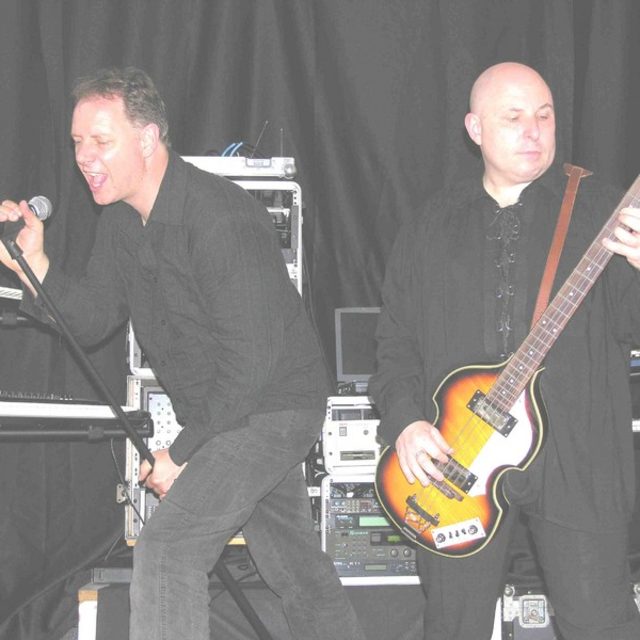 Persuasion are a duo comprising male vocal and musicians.
Wayne Long (vocal) has experience in touring, television and recording. Martin Scott (bass guitar and keys) has experience of touring, recording and production.
The band have been together since early 2006 when they were a trio alongside guitarist Chris Manson, in late 2007 Chris left to pursue a career in the south of England leaving the duo of Wayne and Martin to continue. The duo chose not to recruit a guitarist and continue to this day carefully choosing and rehearsing songs by such bands as Depeche Mode, Gary Numan, Human League, Ultravox to name a few.
The sound is authentic incorporating live instrumentation and a top vocal performance, all in all giving a professional product.