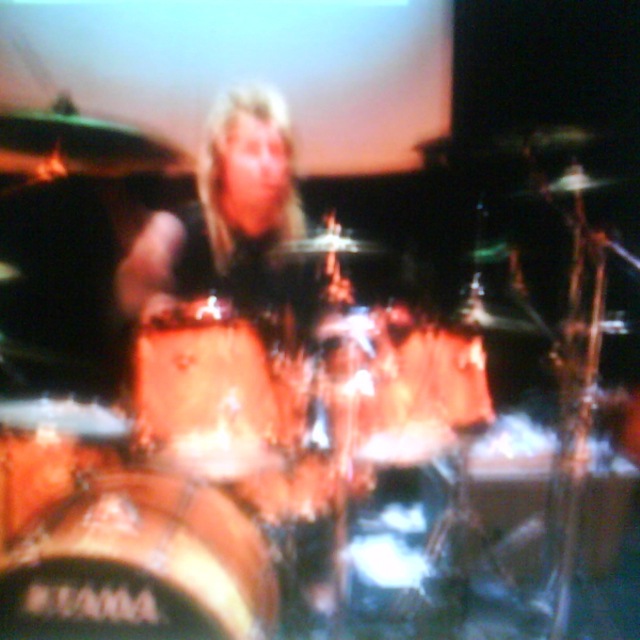 Hi been drumming for around 15yrs now started playing in bands when i was 12yrs old playing lead guitar playing at our school and youth club joined another band when i was 17 playing tina turner,stones,beatles,bowie,pretenders,and some good old 60s tunes that lasted for a couple of years then i got asked to join a very popular band in the area that had been playing together fo 10yrs prior and played all the clasic rock stuff like zeplin,purple,free,wishbone ash,acdc,stones,and many more playing up to 3 times a week playing bass guitar until an unfortunate gig when the drummer dident turn up to are luck we had the drums set up with this ihad no choice but to play drums and our rythem guitar player had to play bass after manageing to get threw and surpriseingly re booked ive been drumming ever since i started a classic rock up called barely legal and played with this band for 7yrs, I decided to leave this band as soon as they got a replacement and put a glam rock band together covering songs by the sweet,slade,bay city rollers and more this band finished dec 2012 after a fantastic new years eve booking 9 yrs in total in that time we supported the bay city rollers & the glitter band and missed out on a gig on the bill with bad manners & the jam at western super mare due to being booked up all year round.

i use a double bass tama superstar kit in orange satin flame colour
also have 2 other kits one is a shine custom kit with 2 floor toms in black sparkle & 5 pce premier kit in orange sparkle
i have my own van,mixer,mics,