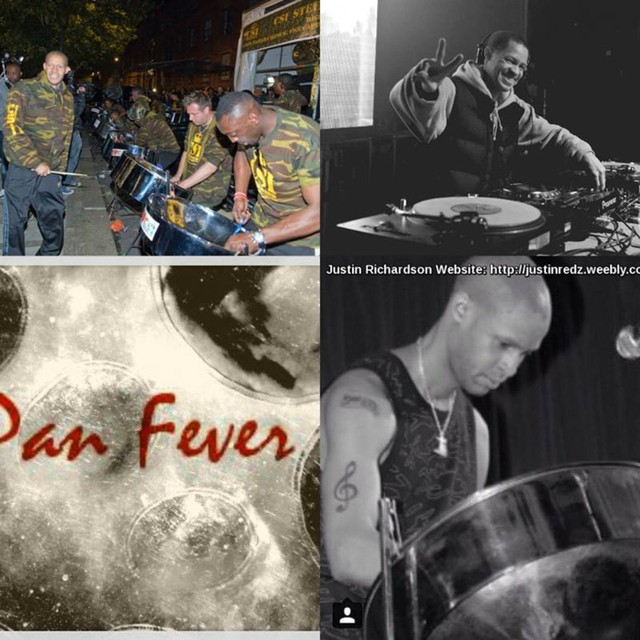 Band to Join, Drums, Other Percussion, Other, DJ, Electronic Music.

Justin 'Redz' Richardson is a London based Steel pan performer/DJ/Producer. His talent has never stayed unnoticed. The ideas which seem so simple but work so well make the other producers wonder.

Justin produces tunes in many genres so he is an all-rounder when it comes to music. His moods determine what sound he will put towards the beats.

This talented musician has proven through achievements that anything is possible with consistent application. Throughout the time he has produced under following aliases: Genotype, Just Jungle, Mastermind.

He is also an outstanding Steel pan performer with 29 years of history, performing at all the prime events such as Notting Hill Carnival, UK National Steelbands Panorama Competition, Trinidad Steelbands Panorama Competition plus all over the UK and Europe and has played with many bands such as Metronomes, Ebony, Mangrove, C.S.I Steelband Trust, Pantasia, Juma, Pantonic Next Generation, BP Renegades, Faze 3, and has also done work with Endurance.

Justin is currently teaching the Steel Pan art form in schools as well as performing on gigs such as weddings, parties, Steel pan workshops, and many other events.

In 1987 he came third in the Soloist Competition of the Steelbands Festival and that action increased his interest in music. Justin got his mother to buy him a keyboard and he started to compose his own musical tracks. At age fourteen Justin attended a studio course at the Whittington Youth Project where he was taught about M.I.D.I, Cubase sequencing and sampling. This new knowledge helped in the development of his music and style.

His quest for more knowledge saw him undertake a BTEC National Diploma in Performing Arts at Kingway College, and a H.E in Music Technology at Thames Valley University that enhanced his production skills.

In 1994, during one of his college performances he was spotted by Clayton Hines (A&R for Trouble On Vinyl Records and Renegade/Hardware Recordings) who signed him to his label. Justinâ€™s first release was â€˜Gold EPâ€™ and that was also licensed to the German company, SPV.

His second release, â€˜Skyâ€™, was a track that got played by almost every DJ in the London drum and bass circuit. MCA, Acid Jazz, Sony Japan and Production House also licensed this track. Since then Justin has developed in leaps and bounds in the world of drum and bass.

Anyone with a good vibe