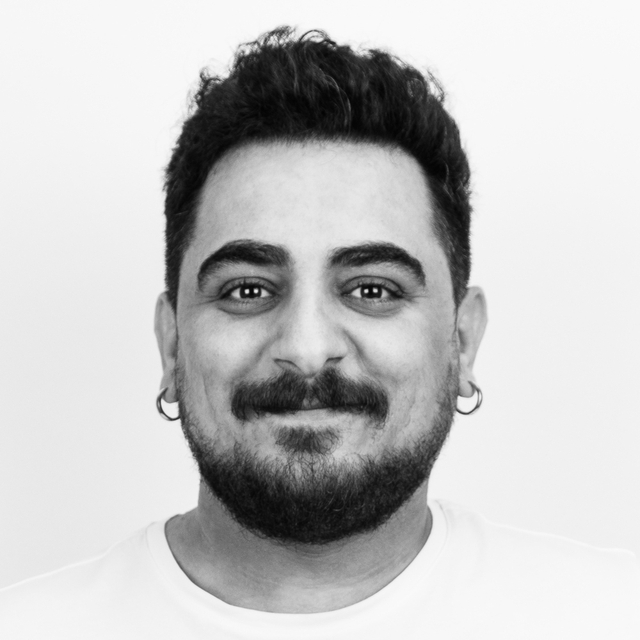 I was born in Turkey in 25th of February 1985. My family has moved to Bursa city because of my father's job as a government official. Even in early years, I had developed an interest into music and my family has supported my decision to become a musician. I wrote my first song when I was 13 years old.

I made my first album when I was 14 with the help of my family.

I aimed a career as a vocal musician and had tried to achieve every step that way necessary to get to my goal. I did my first stage experience when I was 14 and kept going on stage to perform for almost 15 years consecutively.

In order to become a good musician, I had thought that he would need a solid basis of education, I had attended Turkish Music Conservatory for 15 years and have graduated when I was 20. I did learned how to play guitar during my time there.

I was able to write down my songs, play them but was unable to record them. That had led to attract my attention towards sound and recording technologies. When I was 17 I had established my first voice record studio in Bursa. Due to lack of business acumen back then my had to shut down my studio in a year, but that can be counted as my first entrepreneurship experience.

I had the idea to publish my recording online through a website, so had started to learn HTML because there was no or Youtube back then.

After learning HTML, I had noticed Macromedia Flash and was impressed with its aesthetics. My new passion was to find out how the interactive and animatic websites were created and designed. I had quickly learned Macromedia Flash and had a vision to create a website that was aestechic and full of animations with my songs in it.

In 2003, I had moved to Istanbul to discover new sounds, musicians and places. After some time doing music in Istanbul I had gone back to Bursa and started a Hard Rock music band. We had achieved a local success but couldn't maintain the success because of inexperience. The band was dissolved and I had moved to Izmir. I had continued to perform at local bars and form bands.

I had made my second album in 2008. I was able to make websites, record songs, take photographs and make graphic designs, but that wasn't enough for me. I had to make a video clip for my music. I got into search and had recorded my first video clip by paying some amount for it. The expense was huge and the video wasn't at the quality that I had expected. I did tried several other directors but the result was never as I was expected. I had decided to make those videos by myself.

I had bought a camera and started shooting. I was shooting everthing I could find. I really liked the process. I had given the managerial responsibilities of the studios to my friend and had focused on video making only. I did produced a lot of short movies during that time. And I was able to take a role as visual director in 2 long metrage movies.

I was finally able to publish my own music w·1th my own video recordings. But there was a problem: My songs were usually mentioning intangible stuff. I didn't quite know how to turn it into something tangible in a visual way In the foreign video clips that I had seen there were quite impressive special effects and I decided that my videos should have those special effects but I didn't know how to do them.

I was able to bring music, cinema, graphics. animation, scenario and effects all together in one platform.

After Effects has surpassed music in my heart. I was learning new things every single day and learning After Effects was an individual discovery and enlightenment for me.

My projects has been sold countless times in the world's biggest motion design platforms. I set out to be one of the top 100 motion designers in the world but was only able to make it to top 500. I had worked with many creative agencies With the emerging technology and changing time I was got interested in UI design & animation as well.

I was had the chance to work with world class brands such as Mercedes-Benz, Mastercard, Unilever, E&Y, Vodafone, Experian.

I loves using After Effects because it has enabled my to communicate with all around the world, helped my understand myself better, and taught me that everything I could get was limited to my imagination.

I'm passionate and proud to state that I am a designer.