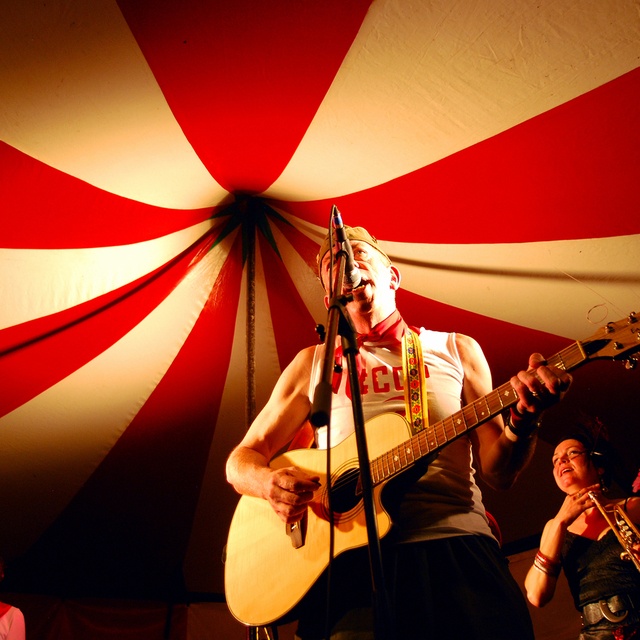 I'm looking for violinists and/or clarinettists into Klezmer to accompany, either just for practice or on a more committed level. I know lots of Klezmer standards, and am able to adapt Gypsy Jazz style to play Klezmer accompaniment - ie, a chords plus bass notes style. (If you know either kind of music, you'll know what I mean.) I'd also like to find some musicians into Balkan music to jam with.

I'm not a proper Gypsy Jazz lead player, unfortunately, despite the 'James Joyce Plays the Guitar' spoof video, but I can play Gypsy Jazz rhythm pretty well, and would be up for joining some jazzers just to jam. (I only really like Gypsy Jazz, though, really, and not other kinds of jazz, though I have enjoyed jazz jamming sometimes, mainly around standards.) I was in a big Balkan band for nearly 10 years, so have a good grounding in Balkan and related music - more or less any music from Eastern Europe and Russia, including traditional Jewish Klezmer, and Gypsy music.

I've been doing the Mick Jones parts in a Clash covers band, for the past few years, and can say (without arrogance, I hope) that I know all of the Mick Jones repertoire from the Clash's most prominent and well-known tunes. I probably won't be doing that any more, as the band is London-based, and I've now moved to Kent. As I know there are loads of Clash covers bands out there, I'd be happy to consider another one - shame for all that guitaring to go to waste!

Punk, ska, Balkan, Russian, Iggy, Bowie (1960s-1980-ish), 1920s-40s Music Hall, Klezmer, Roxy Music, the Clash - too many to name. I really like Earl Slick's playing, plus that of loads of Gypsy Jazzers I couldn't ever hope to emulate. I like Marco Pirroni's style a lot, too, plus rockabilly guitar.