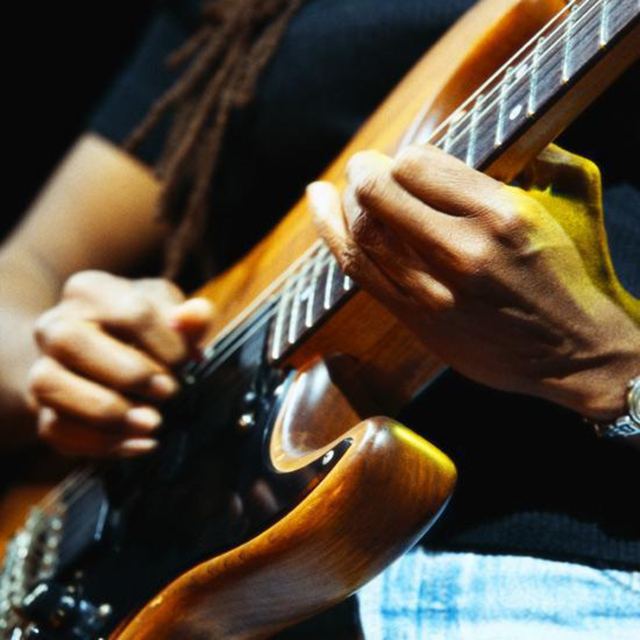 Nick began to develop an interest in music when he came across a guitar and a Beatles songbook at a relatives at the age of nine. By age eleven he had acquired his first Aria acoustic guitar which he would use to try and emulate his favourite tunes. At age 16 he was in his first band Abstract Images writing playing guitar and holding the lead vocals. At this moment in time a PC was not included in his studio so all composition elements were played and recorded live into a sampler and looped by ear. Samples were manually triggered and recorded onto a recorder. With only four tracks available, producing a song meant tracks had to be bounced many times over. This limitation taught him to achieve clean audio signal paths and helped him develop an acute ear for mixing.
While continuing to produce music from home, Nick went on to study music technology at Newcastle College where he completed a National Diploma (Distinction grade) and then further on to a first degree in Music Production. This taught him about computer music production and MIDI sequencing, which inspired him to include a PC into his home studio.
Nick then studied for a certificate on The Music Business and achieved a Distinction after which he completed his PTLLS certificate (relevant to music education) and concluded with a Distinction. He has also completed a Rock School Certificate in Music Education provision (specialising in understanding learning styles, inclusion and differentiation, observation and creating schemes of work and lesson planning.)
Nick now works as a private freelance Music Educator in the north east of England providing tuition in Music Technology and Music Production as well as song writing workshops. Nick is willing to travel to your home to offer private music tuition at a very competitive rate. Song writing workshops are available at local community centres contact Nick for details. Nick also continues to write and produce and performs his own material at regional venues and local jam/open mic nights. Nick is also working on some new local projects in Durham City. Watch this space.