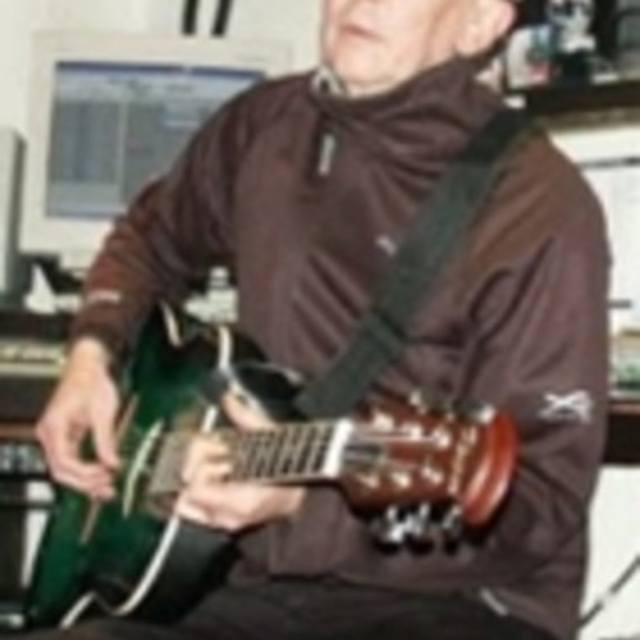 The tracks herein: I only played the acoustic fingerstyle & lead in the background.

Don't sing much... (willing to do backing vocals for very patient people).

Lancashire based ~ Will travel...

Looking to form a Duo (or join a Band) with modern Folk feel in the English Tradition. For Gigging and Recording. If you're a Singer / Song writer / Guitarist he'll be very interested in hearing from you.
Mostly interested in Arrangement he also writes his own material. Willing to travel reasonable distances to rehearse.

Nice guy and he's the first to admit that he's a limited musician who knows a few tricks. He does what he does.

Experience is long and varied. John Peel Sessions for the BBC. Radio Lancashire and various recordings. Gigging regularly from the early eighties until he quit in the mid nineties. He's spent the last year or so re-equipping and getting back into shape as a guitarist and bass player.

Desperate to start performing again, you'll find him: enthusiastic, hard-working and generous with his time.

Fender, Yamaha & Applause at the moment. Subject to change as he's a dealer. One Classical Guitar for that feel.

Amplification: always in a state of flux but will be adequate at all times.

Having recently left a "Country Blues" Band working out of Blackpool he's now free to get back to his acoustic roots.

He lives half way between Preston & Blackburn near Junction 31 on the M6.

Transport & Gear is all in place.

Willing to travel to Rehearsals / Gigs...

Looking to from an Acoustic Duo or join Band.

If you're an Acoustic Musician / Singer / Songwriter ~ please get in touch.