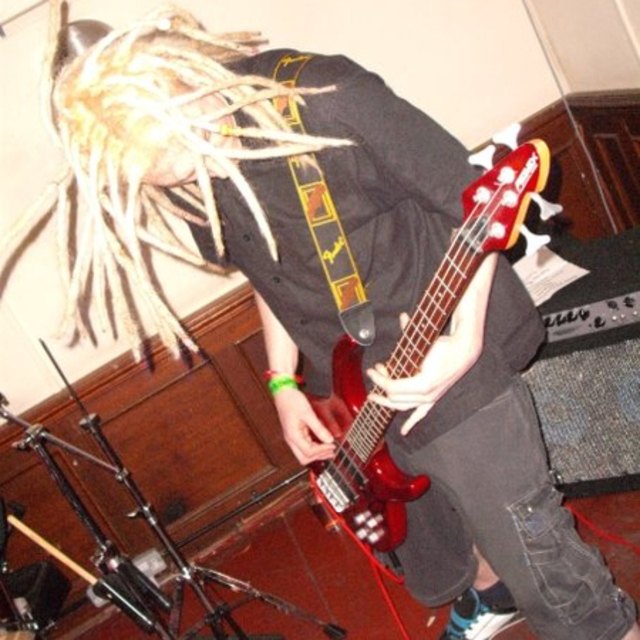 Guitarist looking to form or join a dub reggae/alternative (dare I say nu?) metal band. I feel there isn't enough of this type of mix/fusion and I want to bring something fresh to the current range of local rock/metal that's available. Interested? Hell yeah! Let me know!!

Bit of background:
I've been playing guitar for around 10 years, self taught and always learning. I'm of average ability really, but I know your usual scales to play with a solo or two. The music I've uploaded was really just me messing on with FL studio testing the drum machine more than anything, but better to hear something than nothing right? Right! Mainly I was a drummer in bands around Newcastle. Self released 3 Ep's with 3 different bands from 2007 to 2011. I played drums for World is Static from 2007-2011, Gravity Switch from 2008-2009 and Psy of The Dead from 2010-2012. Also bass with an industrial electronic band Death by Electro Giants 2009-2010. It's now time for me to pick up the strings, take the bull by the horns so to speak and do something I've wanted to do for years!

I'm open to other ideas around

Screen name:
mr_dreadhead
Member since:
May 26 2013
Active over 1 month ago
Level of commitment:
Just for Fun
Years playing music:
10
Gigs played:
10 to 50
Tend to practice:
2-3 times per week
Available to gig:
2-3 nights a week
Most available:
Nights

In particular for this project very much influenced by Bad Brains, Dub War, Skindred, Soulfly, Sly & Robbie and various other dub reggae artists. Of course the metal side of things comes from a huge variety of bands mainly from bands of the 90's!