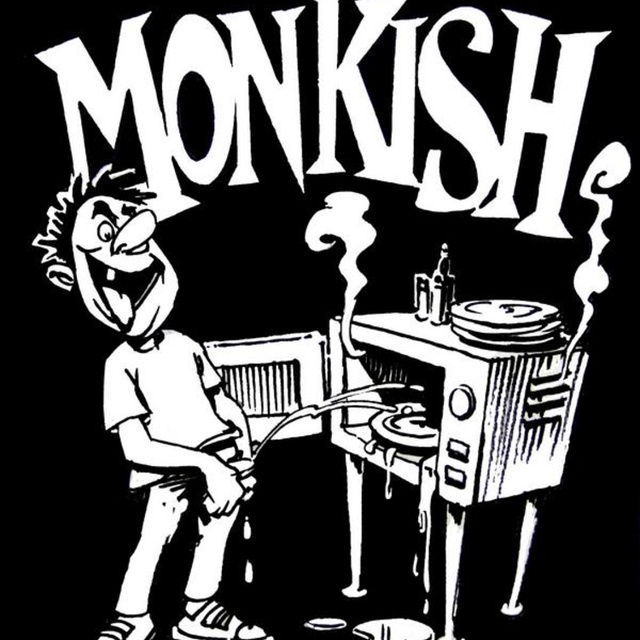 Formed in London in 2005, Monkish have steadily increased their fanbase by playing regularly, and picking up support slots with the likes of Bad Manners, The Vibrators, Johnny Moped, Anti-Nowhere League, The Members, Eddie and the Hot Rods, Jilted John, and Neville Staple.

Monkish have played at the Blackpool Rebellion Festivals no less than 9 times between 2007 and the present, They have also played at Rebellion Festivals in Austria, Italy, and Holland, and have arranged their own tours of the USA, Germany (3 times), and Belgium (3 times). They also travelled to Ireland to play the Drumacanoo Punx Picnic in 2009 where they appeared alongside Sleaford Mods.

In 2011 they released their debut album, “You Can’t Polish a Turd” which was very well received, and received a higher score than the Red Hot Chilli Peppers new album in Big Cheese Magazine. The song “Please Don’t Piss In My Microwave” was voted Best Punk Song of 2011 on Gary Bushell’s Rancid Sounds show on Total Rock FM.

They are currently working on their second album, this time with producer Dick Crippen (of Tenpole Tudor/King Kurt fame).

With a large number of gigs and festival bookings already in the diary for 2017 and beyond, it promises to be another busy year for the eccentric outfit.

We own guitars, amps, bass, and a drumkit