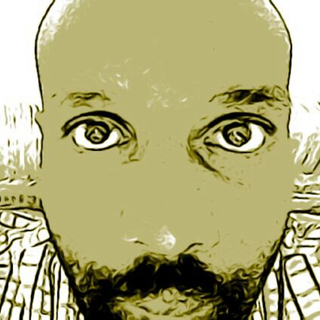 My interest in Music was well established at a very young age; when I used to move to sounds of the washing machine, knock on objects to hear how they sound, or when I started drumming on random objects.
I am Sudanese at origin, and I was born in Abu Dhabi, UAE where my Hip-hop career started in 1992 as part of the M.Z.O Family, a group of 3 M.C.â€™s, Maaf.g(Mohamed Faroug), Zee (ziad abdulgader), Outlaw(moaz magma) growing up together same school and interests.
Sitting down making plans to perform witch song and that develop to writing our own lyrics and using famous instrumentals to rap on it whenever we get the chance to rehearse different raps on different beats and styles cause perfection is the goal...
the barrier of culture and language was an postictal though we continued to develop our skills to match the environment we are in, speaking different Arabic dialogues including the English.
Main goal is to make a change by being an important part of the community, motivate those who didn't believe they could be superstars and have a carrier in ARTS, in our case is music, doing music to stay out of trouble and not to waist free time, create friendships based on ARTS...
not collar nor background, tong, religionâ€¦ just ART.. Simply MUSIC, the chance to express, a way to let go of all the negative energy, a way to freedom, beating fear and knowing myself-better.
However, at the age of 15 I moved to the U.S to pursuit my American Dream in Music, determined to advance my vocals and musical talents.
I lived in Fort Washington, Maryland. Where I went to Oxon Hill high school where I started my vocal training in the Oxon Hill high school vocal music department in the hands of DR. Amery Andrews, Director of the department and a holder of Doctorate degree in vocal music Florida A&M University, Florida. USA.
I released my first solo Demo album (Black Thing) in 1997 which featured many local Hip-hop singles such as (Black thing, the way you do) for the next 3 yearsâ€¦
In the year 2000 I moved to Mankato, Minnesota to study Audio Editing & Production, I end up not enrolling and my goal wasn't focused on having a degree or to depend on it, but itâ€™s the experience itself.
associated with the university it was easy to train with, perform with and simply get a view of what is the music industry really is, international standards in the fields of entertainment, Music, radio broadcast, beat making, Audio recording, editing & production, DJing, event management. To be known in town as DJ MOJO
Further on, I moved to Virginia in 2003.
The first Arabic Hip-hop label (NAS JOTA) was founded in Lorton Virginia. USA after meeting Ehab Basaeed (Zihab) and Mohamed Mamoun (Big Moe). NAS JOTA was a way to express & practice our rights of freedom of speech & expression, to communicate with our home land SUDAN where chances, rights and opportunities is slim to nilâ€¦
we became a window for Sudanese artist to be able to expose their art and to be exposed to other countries arts, culture and music in my case, explaining what rappers and others in the Sudan go through every day from happy, sad, mad & how they go through life in very tough conditions and with the lack of opportunities, a chance to be heard by one of the major music markets in the world. This opened the Door to a whole generation of Sudanese and Arab Rappers. My major breakthrough was my first Arabic Hip Hop album (Al Shabaab) which was released early 2004 in the U.S, without a major distribution deal. It wasnâ€™t market material based on music industry standards in the states, subjects included all aspects of life such as (community ties, human rights, fighting censorship, politics, love & relationships, education, wars, solutions for major community problems such as passing information about health, youth development.. However, in 2006 I left (NAS JOTA) because the label changed direction. In May 2007 MOJO moved to his home land SUDAN to be where he supposed to be as he says

It was only a logical move to be in the place thatâ€™s been called home by my parents and their parents, witch the inspiration of NAS JOTA came from, the urge to know more about its history, my mother land, to live it, feel it and speak it. i released an online album (Ma People) featuring Artists such as (DMF, Bonez, Big T, WAX, Skoobz) the album included Rap, Reggae, Soul R&B moods, mainly targeting local problems while helping the youth though finding solutions to their problems, to be responsible and an important part of the community.
The album is dedicated to the Sudanese youth. MOJO decided to start a cultural & Artistic movement, started by working on music, Art & Culture Development programs, poetry & rap workshops, managing open mic events, Audio & Video production, concerts, artist management, radio broadcast, personally I was responsible as well as managing indoor & out door programs & events.
Produced many Cultural Programs such as (SPACE, SWAP & MAC Open Mic Nights, Sudan boom box radio show, cultural exchange workshops including recording & performing live with international artists, such programs has helped artist in Khartoum by providing ways and meaning, gave the chance to many artist to have a platform so they can express, learn, interact, exchange, gather and most important is knowing the power of a team work regardless of collar, religion, background or any other influences except that we shared the love of ART.

Screen name:
mojosudan
Member since:
May 20 2015
Active within 1 week
Level of commitment:
Touring
Years playing music:
25
Gigs played:
Over 100
Tend to practice:
More than 3 times per week
Available to gig:
2-3 nights a week
Most available:
Days