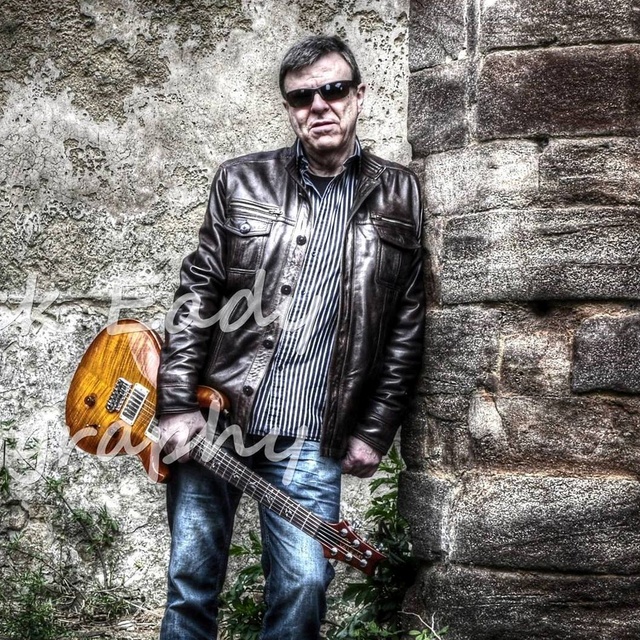 I am a musician with very wide musical tastes - just so long as it involves the guitar! I would love to hook-up with others to make music, ideally with a gigging band. I am mobile and located on the Herts, Beds, Bucks borders. I have fronted a successful rock/pop group several years ago, gigging up to 5 nights a week over a 10 year period. While concentrating on my other career, I studied classical guitar and have my "Performer's Certificate" from Trinity but am now back playing pop, rock, blues and soul. I have composed a little in the past and enjoy arranging for covers, etc. I have a selection of quality guitars available for stage/studio use. My preferred focus would be on lead/1st guitar and backing vocals with occasional lead vocal.

My first musical hero was Lonnie Donegan (early stuff - nothing to do with chewing-gum or dustmen). Early rock and American blues heavily influenced the way I play. My first band was into Cream in a big way. Since then my preferences have been far too numerous to mention but I'd pick out Chaka Khan, Stevie Wonder, Ray Charles, Adlele and I love Tom Jones' latest album, Spirit In The Room. Guitar heroes would be Clapton, Santana, John Williams and Julian Bream. OK, let's mention Crosby Stills, Nash, Young, The Eagles and Paul Simon. Quite like Michael Bublé too.

I have a Kay semi-acoustic guitar from the 60's, A Paul Reed Smith American-made Custom 24, a Yamaha APX 1000 and a nylon strung NTX both acoustic-electric. I have a concert classical guitar made by Christopher Dean and a Spanish-made Picardo that I have fitted with a Fishman Pickup.
I have a selection of old and new amps to play them through and a good PA set-up with 24 channel mixer.