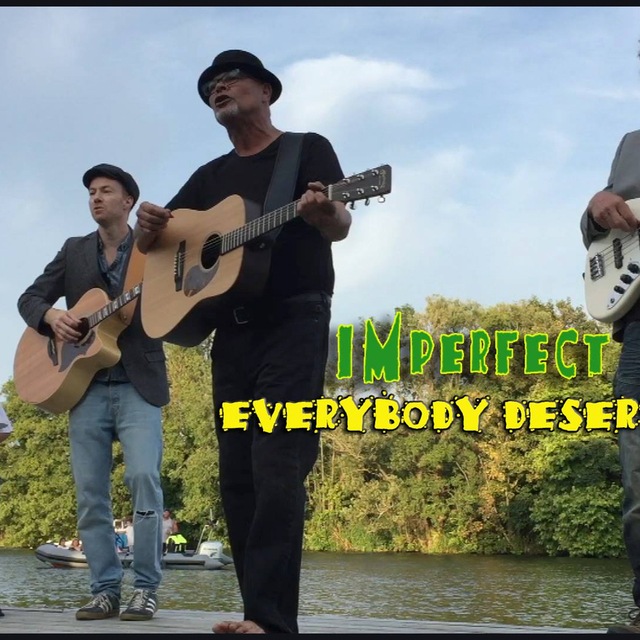 Tales from the Caravan of Experience

Somewhere on a US highway a high-tech gleaming tour bus rolls through the night. Somewhere on the great river Thames as it flows up through South West London a house boat ebbs and flows against the current. Trying to summarise the world of IMperfect was never going to be easy.

Let's start with the name: imperfect / I'm perfect? Perhaps both are right, perhaps it's a conundrum, perhaps it's a choice. And then there's the metaphor: a Caravan of Experience. An image that conjures up olden travelling bands of players and musicians relating their collective stories as others relate to them, constantly changing as the old players leave and new players join. It's a great metaphor for the shared musical experience. That bus and that boat, well, they're just wagons on the Caravan and IMperfect just one set of stories being told.

The stories belong to one Mike Miller, resident of the aforementioned houseboat. He might have joined the caravan in Cape Town where he entered the world, or perhaps later in London putting bands on at the Windmill theatre above the Raymond Revue Bar. Or was it earlier in his first band with school friends? It's safe to say that at whatever point, Imperfect's telling of Mike's tales doesn't start until '92 in New York City. Somewhere between the two Sohos there's been a marriage, a split, two kids and Florida. Six years later and we're in California where story number two draws a difficult breath before crossing back over the Atlantic. That's a lot of ground covered, a lot of stories to tell.

It wouldn't be surprising to say that the music's not that easy to pigeon-hole either. Warm jazzy tunes fuse into ambience then trip hop, then rock. Traditional pop forms are inverted, tunes take unexpected turns, choruses aren't where they should be and if they need a little longer than three minutes thirty to work themselves through, then they're given the time and space to do so. As you listen to the last three albums you can hear the musician growing comfortable with his craft without becoming complacent in his art. There's always a great little melodic hook in there, and there are always layers to explore; it's music to actively listen to.

Which just leaves the tales themselves. Mike's experience, shared experience, tales told of others, tales tied together with a world view that still looks on the human experience with a great sense of hope. Or as Mike himself would
say: Peace!
The Scribe(Mark Merifield)

To many to mention