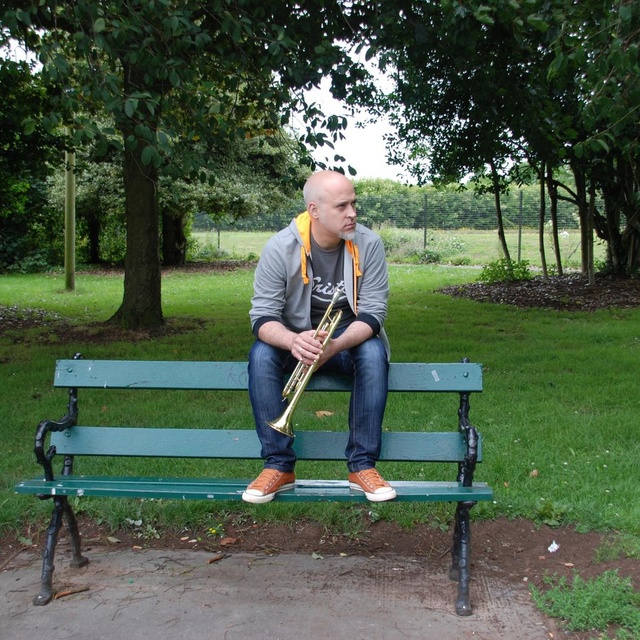 Michel Padrón is without doubt one of the most complete
musicians of his generation. Trumpeter, Educator,
Composer, Arranger and Music Producer.
He was born into an artistic family in Havana (Cuba) in
1976. At the tender age of 8, he began to learn how to
play the piano. Two years later the trumpet became his
main instrument.

Thanks to the awards he collected as a young trumpet
player, he qualified to enter the prestigious Amadeo Roldan
Conservatory. He graduated in 1995; that combined with
his high achievement at the Conservatory lead him to be
selected to join the National Symphony Orchestra of Cuba
(finishing in 2004).

Not only has Michel been well recognised throughout his
career for his work as a trumpeter in the classical music
scene, but also for his tours and presentations around the
world collaborating with various artists from different
nationalities playing a wide range of music genres.

He has performed at various Jazz and World Music festivals
in over 20 countries in Europe, America, Asia and Africa.
Michel has recorded with several artists from all the
Continents on independent and recognized labels such as
Putumayo, BMG & Warner.

His work as a composer has featured in films, TV shows,
teleplays, documentaries, commercials, short films and
theatres in Cuba, Spain, United Kingdom and Germany
amongst others.

He has been living between Spain and the UK since 2010,
where he is performing continuously.

Currently he is working on several music projects and recently
has released the first single of his first Solo album, where his
unique trumpet sound will merge with different grooves & styles.
You can listen & buy the first track MOON STREET by clicking
onto MUSIC section.

Now he is going on a 3 months tour in USA leading the Cuban
band ASERE - THE HAVANA ALL STARS. A 12 piece band that
brings to Traditional Cuban music a contemporary edge.