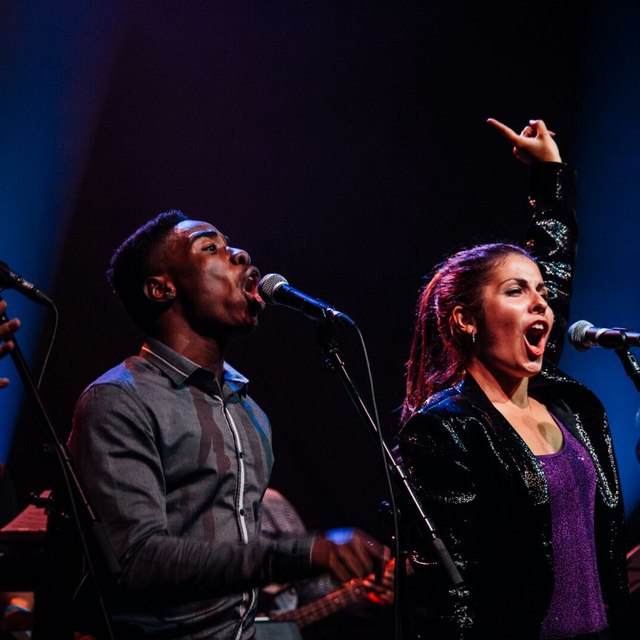 I sing in English, Russian and Spanish. Originally I'm from Russia (Moscow) but I was born and lived for years in Spain as well. I've been trained from 5 years old as a violin player, I've finished a music school when I was 15 (equivalent grade 5 in UK). I've study piano for 7 years (equivalent grade 3 in UK) and I have some guitar skills as well.

My first professional appearance as a singer was in a child opera "The little Sweep" of Benjamin Britten as a soloist and choir singer when I was 8 years old in Spain.
Then I worked at the State Academic Bolshoi Theatre in Moscow for 2 years in a child's choir also as a soloist and choir singer. At the age of 15 I've started to sing professionally Jazz, I've finished a State Musical College of Stage Art and Jazz in Moscow also with a Drama University. I've been performing with different musicians and bands in Russia and Spain from 2007.

And since 2014 in UK (London) I've been gigging with musicians and bands at different venues including Clapham Grand Theatre.