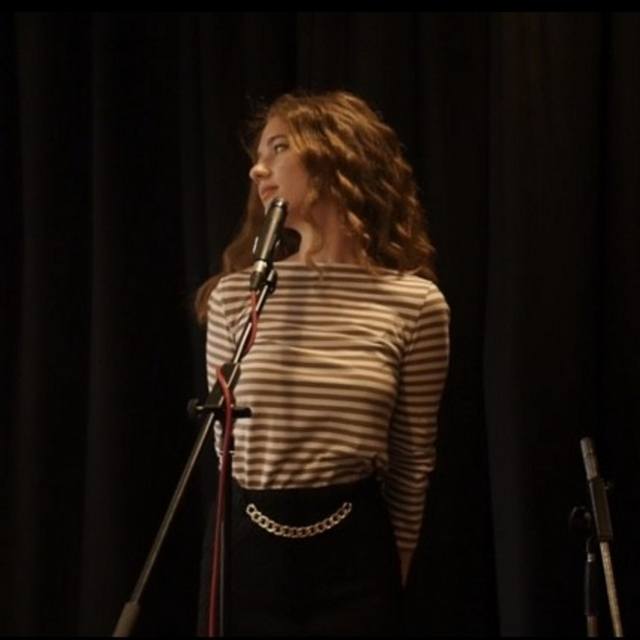 Mary Nova is a 19 y.o. London-based singer-songwriter and musician. Mary’s music is a blend of psychedelia, dream pop and alternative rock. Dreamy atmospheric guitar and soft mystery of her voice will take you deeply in a nostalgia mode. She is writing, performing and arranging everything herself, as well as collaborating with other worldwide musicians. Mary has over an hour of original music, as well as some re-imagined covers.

Musical path:
Mary started her musical path in 2008. At the age of 6, being full of musical promise, she became a soloist of the best music school in her home-town – the National Centre of Music Arts on behalf of Vladimir Muliavin. As a young musician she has performed at Moscow’s prestigious “Song of the Year” concert in Kremlin Palace, came 2nd in the National Final for Junior Eurovision Song Contest (2011, 2015), performed at the International Festival of Language and Culture in Moldova, came 1st at the International Song Contest and Festival Slavianski Bazaar in Belarus and gained 3 Presidential Grand Awards for winning some of the international music contests.
In 2017 at the age of 15, she worked on a recording deal with GFI studios in NY (the head of which is Tony Gross (the voting member of the Recording Academy, Grammy Awards), as a songwriter and performer. Mary debuted her single in collaboration with GFI in the National Opera of Ukraine (2017)

UK:
In 2018, Mary decided to leave for Liverpool to attend the music school established by Sir Paul McCartney, to study Music (Songwriting and Performance) where she was the youngest student on the course. While studying in university, Mary has written and produced her single “I See You” that she debuted on BBC Introducing (2020), her second single “Can't Deny the Love”, released in the end of February 2021, was also broadcasted on BBC. While being in university, she has also formed her live psych rock / drone project Mary&Bond (2019-2021) with which she performed across the UK.
In May 2021, Mary Nova moves to London, completely by herself, to work with the musicians and as a solo artist; and release more music.

The Doors, Air, Mazzy Star, Massive Attack and others