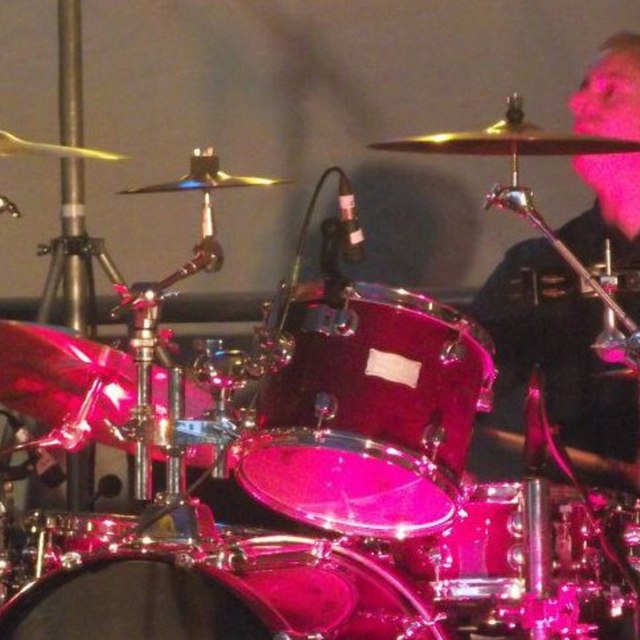 Solid adaptable old school drummer, contemporary as and when needed. Gig experience include pubs with a handful of punters to universities to open air festivals and everything in between.

Have learned size of venue is never an indicator of a great gig, best to always keep an open mind!

Mark entered the drumming scene at a very early age having been introduced to the humble parradiddle at the age of 5 by his father, a regular drummer on the trad jazz scene in and around west and central London through the 60's and 70's. Things really started to kick off for Mark in his late teens. He studied under Francis Seriau of Drumtech in West London where he met the likes of Neil Wilkinson (Joan Armatrading, Everything but the girl.) and Steve White (The Style council, Paul Weller) amongst others.

Mark has played across the UK in a range of venues from pubs, clubs and Universities, to Jazz festivals. In the late 80's and early 90's he could be heard on local radio and even made it onto a video remake of the hit "We are family", which made it to number six in the US dance charts, though ironically not as a drummer but a dancer, holding a large orange!

A ton of influences, across a range of genres. From big band, to heavy rock. From Jazz to Blues.