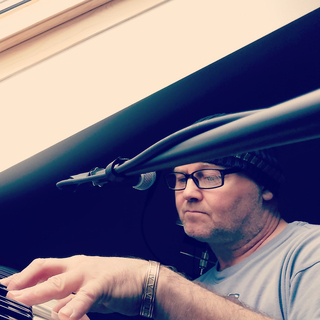 ( looking for musicians who can commit once a week ) the new band MamboWambo Band to Date 1st July 2021 Keys Vocals Sax 56 Bass 17 Drums 36 Trumpet 52 WAITING FOR Guitar , Rhythm Guitar, Vocals/Backing, Keys ( see Facebook MamboWambo also Bumnote Productions ) is in the process of looking for new band members which will play original music including the music i have written and performed for a new film To Be Someone which will be released July 2021 .and probably a couple of covers to balance the audience .
i'm a very individual styled player , have played in and out of bands all my life mostly in jazz funk blues soul hip hop bands , in 1994 a band called The Vibe with Samuel Bergliter
featuring Delroy Pinnock, we played the London circuit Inc Ronnie Scott's and had some success with a song called No Man and The More I Keep Wishing which reached no.5 in the UK Soul charts .In 1996 I co- wrote and produced music for TV under the name Bumnote Productions in which I wrote songs for a short film called China for Ben Fuller (Worklight Films) which was shown on Channel 4 and the Edinburgh Festival in 1997 and went on to do work for FUJI Film including the introduction music for Party In The Park Hyde Park and The Reading Festival in 1999 for ITV 3 also to write 7 tracks + for The British Empire Film Awards ceremonies
Recently 2014 - 2017 have been playing with Soulfusionseven with a long time music friend John Saltwell playing and writing sax parts for his current songs Steppin Up My Love Original featuring a 2 half minute solo 2015 which was featured on the Tom Glide album reached no5 in the UK soul charts then remixed by " T- Groove " another track called Summer Breeze which reached no1 in the UK Soul charts 2017 and just recently released " Funk it Up " which is in the charts now.
I Am currently writing my own material and reviewing a song I've written for the film To Be Someone, for a long time friend Peter Meadows currently to be released in 2020/21 , watch this space :-)
Am also currently progressing on the ukulele as it makes me smile :-) and now learning to sing . NEW website https://markwhaymand.club