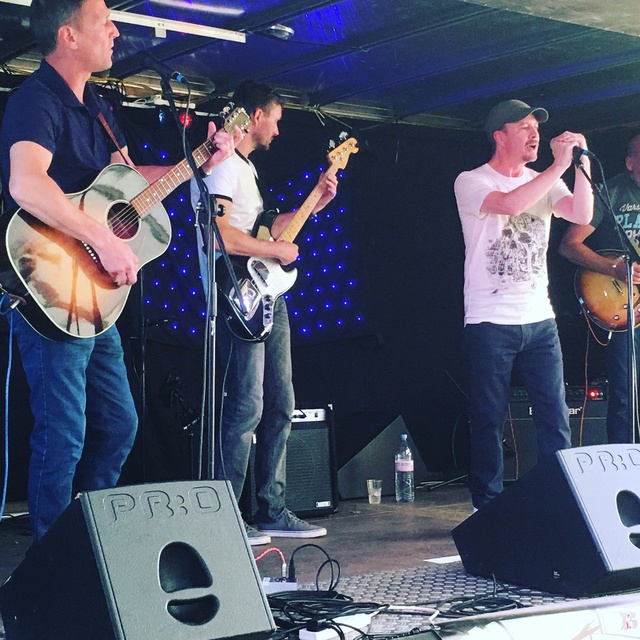 Indie Covers Band with many influences spanning all decades from the 50's onwards. We like to think were different from other covers bands in the songs we choose, we are aware that when going to see live bands very often you get the same songs performed and we think our set lists offer something unique and interesting without being boring. Always looking for new songs and lost classics to perform and we welcome any suggestions.
We started as four mates who all played at home (Rythem, Bass and Lead Guitar plus Singer) and decided we should try and do something together, that was three years ago. After a few gigs that are best forgotten we started to get something together, culminating in 2016 with a residency at a Bootle pub. In 2017 we were joined by a drummer but our singer cannot commit due to ill health so 2017 has been a bit in limbo.
We have our own dedicated and kitted out rehearsal space in Croxteth Park and we rehearse twice a week on average, but none of us remaining are great singers and this year has been spent finding songs with easier vocal lines for us to work with.
Looking for a singer who can commit to two nights a week rehearsal and finding and playing new songs, with potential to get back out gigging. On the gig front we were happy doing one or two gigs a month back in 2016 and are not really looking to get back to doing more than that in the future.
Find us on Joinmyband or email mlccoversband@

The Beatles, Oasis, Stone Roses, Kasabian, Echo & the Bunnymen, Cast, The Seahorses, Arctic Monkeys, David Bowie, Nirvana plus too many others to list. Basically any great tune!

Joe, Phil, Ronnie, Toby on Drums and Che on vocals when he is fit!
mlccoversband@

Everything you need to gig and rehearse.