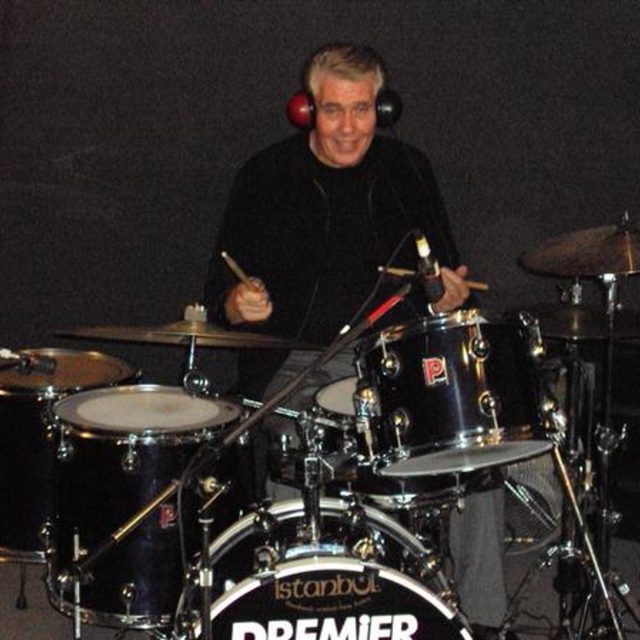 Welcome! Thanks for coming by â€“ My name is Lloyd Ryan and I am The Surrey Drum Teacher, I have been a professional drummer all my working life and have played and recorded with a lot of the major stars. I have also spent a large part of my career teaching people to play the drums and in total my students have recorded 33 Top UK singles and 32 Top UK albums,

He is best known for his work as a session musician and for having taught Phil Collins, one of the world's most famous drummers and best-selling music artists. Collins has credited Ryan with teaching him the basic drum rudiments.

Active since the 1960s, he has worked with Tony Christie, Matt Monro, Brotherhood of Man, The New Seekers, Tommy Cooper Bobby Davro, Gene Vincent and P.J. Proby. Ryan has also led his own big band since the 1980s and released his first big band album in 2012.

I am currently looking for a an established band to get involved in. I would be very interested in a tribute band please get in touch, my contact details can be found at
http://www.lloydryanthecompletedrumteacher/

Screen name:
lloyd-Ryan
Member since:
May 27 2015
Active over 1 month ago
Level of commitment:
Very Committed
Years playing music:
55
Gigs played:
Over 100
Tend to practice:
More than 3 times per week
Available to gig:
2-3 nights a week

My personal Hero is Buddy Rich a fantastic drummer with a great sense of timing, rhythm and feel,  and always looking for new and varied ways of playing the drums.