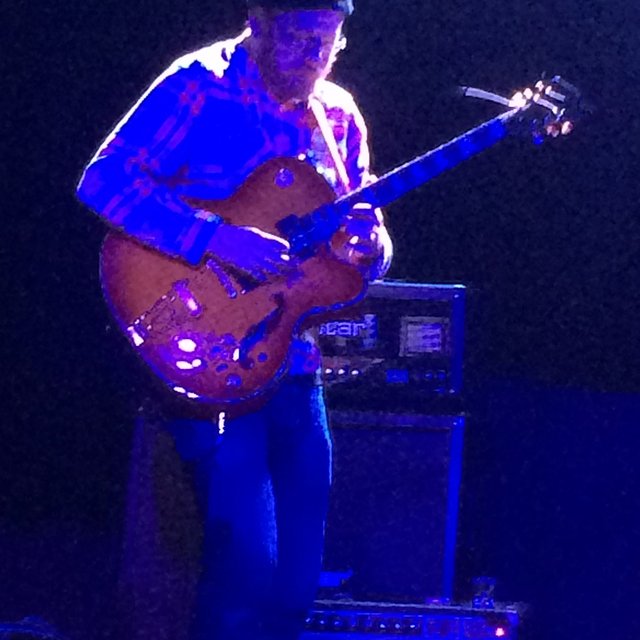 Guitarist/Composer/Producer/Engineer. Recently relocated from Brooklyn NY to the North Coast. Had numerous successful projects in the states of varying genres and a discography of over 15 records. I'm looking to start several projects in Northern Ireland with the intent of regular shows, festivals, albums and touring if the money is there. I would love if there was musician overlap between the various projects.

Roots rock blending elements of R&B, Bluegrass, Soul and Funk. For this the most important is a female vocalist/lyricist/songwriting partner. While I don't want to replicate exactly my previous main band in the US - The Sometime Boys - it is the template for the band. Minimum requirements for other musicians are bass [preferably someone who can play both electric and upright] and drums. Other musicians who might find a home would be keyboards, horns and fiddle. I have 2 albums worth of material already written for this project. It could also be versatile and strip down to just a duo, trio, quartet - whatever is needed for the gig.

Psychedelic Jazz. I've been wanting to put together a jazz project for a long time. While I have a number of originals, I would also draw heavily on the tradition from bop to fusion. Tunes I have already arranged for the project include Clifford Brown's Delilah, Herbie Hancock's Maiden Voyage and Chameleon. John Coltrane's Spiritual and Naima, Miles Davis' Nefertiti and So What, and pretty much anything from the Bill Frisell catalog. Minimum musician requirements are keys, bass and drums. Would also be interested in horn players and perhaps occasional vocals.

Traditional folk blending bluegrass, Irish and other world traditions. I have a 100+ song repertoire of this material already and there would definitely be some overlap with project 1 in terms of tunes and musicians. But this would be explicitly acoustic, whereas project 1 would be electric. Need a vocalist, bass, percussion. Optional - fiddle, banjo/mandolin and piano.