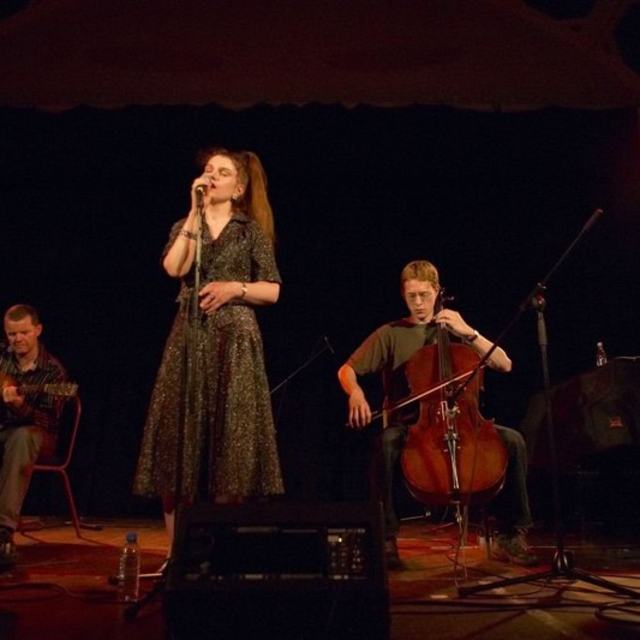 An asthmatic shepherdess (breathy but earthy) singing Brel songs with a smouldering band who have somehow wandered from a red velvet night-club into a desolate glen.

Screen name:
kinkajou
Member since:
Jan 20 2009
Active over 1 month ago
Level of commitment:
Committed
Years together:
7
Gigs played:
50 to 100
Tend to practice:
1 time per week
Available to gig:
1 night a week
Age:
63 years