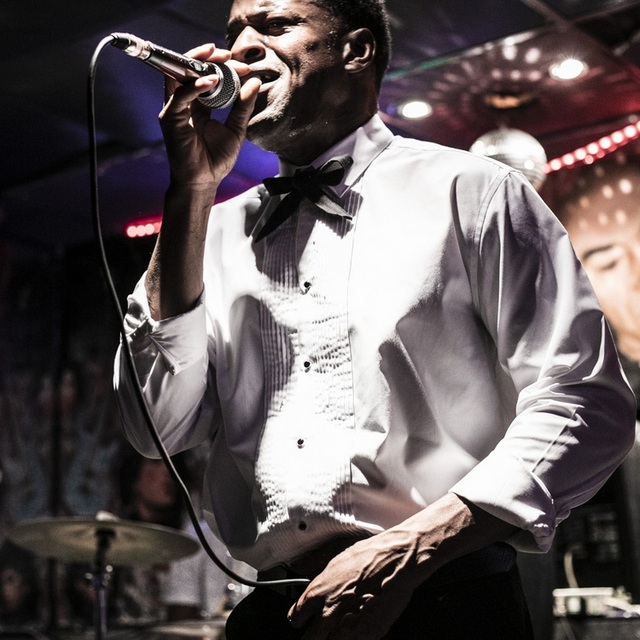 Karl Amata has been languishing in the backwaters of the music talent pool for more than ten years since coming in as runner up in the once popular music talent show, 'Sunday Selection.' Since giving his life to Jesus, Karl's rich and mellow tones can sometimes be heard in local church gatherings. The time has come, however, for this little known gifted singer/song writer to share his talents with a wider audience and to develop professionally as he steps into a wider arena.

One of Karl's favourite songs that he wrote some years ago, 'Pray', was inspired from his desire to communicate with God even at a time when he did not really know God. "Sometimes it's difficult to communicate with someone we don't know," Karl said. "And that's why I sometimes found it hard to pray even though I had that feeling deep inside that there was a higher entity out there that I ought to be praying to. I wanted God to teach me how to pray because I sensed his grace and mercy on my life, protecting me on so many occasions.

Karl has many more songs, some still to be written, and his deep desire is to bless people's lives with his talents.

Britain's own crooner soul legend Karl Amata,does both singing and songwriting equally well. The music industry's been overwhelmed and inundated with Karl Amata songs, songs of peace, songs of war, songs of love, songs of faith, but most importantly songs from the heart. There lies the problem , Karl Amata write's songs based on what he loves, and not what he thinks the industry want's to hear, and some of his influences are Ottis Redding, so sometimes he bark's when he sings n have problems with mic engineers because he can go from that gravel well travelled and toured vocal to a Marvin Gaye ,who was also an influence and hit those hi ,smooth notes, like only Karl Amata does. Karl Amata play's bass to a reasonable standard, can drum and sing simultaenously, have been told it takes a rare talent to do that, Karl Amata love's the piano, n can be found in piano stores playing and drooling over £50,000 worth of gear and promising himself ,One day soon. Karl trained classically earlier on then decided to play by ear n since then the piano's been his compositional tool. Went to deliver a bed once and ended up playing for the client. Prior to that , Karl was known as beat man, would program beats, like the Fugees , beat for the hit, "killing me softly" which sounded like his ,dont think would have got far with suing, Have gigged at open mic sessions, at The Spot and sang with the likes of Leo Sayer n other renowed soul singers, won an award at the Hackney Empire with the Sunday Selection talent show, also performed at Camden live venues and played with reggae band Mission Impossible at Convent Garden Africa Centre. Have new album out in 2014, "I Believe" and single with the same title out in ,April,Easter. Also new single "Human Nature" out March Ending and already performed to standing ovations. Can play solo or with full band depending on the budget, but worth every penny as you will be entertained, Karl Amata is not afraid to push to new limits barriers in vocal excellence and sometimes amazes himself and wonders how and if he could do that again, Karl gives it his all and it just gets better and the audience appreciate this. Karl has met and this is not name calling ,and been encouraged by Seal, Bjork, Sinead O'Conor, Sade, Roy Ayers, Amy Winehouse, Mica Paris, Mark Morrison, Noel Mckoy, and many others. Karl Amata's dad went by the name of Maestro n had one of the best sound systems in North London in the 60's to Early 70's playing reggae n soul, so Karl grew up with music around Him. Karl was also encouraged buy Joy Nwosu, his aunty who studied Opera and classical music in Rome and who gave him some tips on his 2002 Album of 12 songs which has the popular song Endlessly, Bitten ,Needing You and other great songs , available in I Tunes and most other music download sites. Karl is happy collaborating and recently been working on some social songs with the likes of Ethan Harwood, who had a hit ,Just Like Money , Al Soul and other reggae producers as reggae is a big influence on Karl. Bless