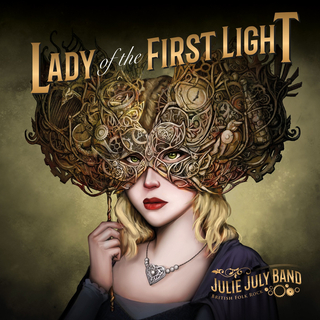 I'm the lead singer in a British Folk Rock Band, we've been performing at Festivals and touring Theatres in the UK for over 5 years. We perform a tribute show to 'Fotheringay - Sandy Denny' and also perform our own brand of 'Folk-Rock'. We have over 50 gigs booked for 2021. (Subject to Covid-19)
We are looking for a talented Drummer/Percussionist with plenty of experience gigging and touring. Someone who really understands the genre, sort of Jazz-folk, folk-rock and progressive rock (a sort of Gerry Conway). Someone who would be interested in joining the band long term.
We are about to embark on a second original album and plan to start preparing arrangements, and rehearsals over the next 4 months, with the aim of going into studio in January to record. We plan to launch the Album in Spring 2021.

We will be offering you the chance to contribute your drumming skills. We are also offering a share in ongoing band profits. We will be recording in a top professional studio, with a Music Producer. Plus the band has signed up with a leading CD promotion and distribution company in Germany, Holland and Belgium which would include some mini tours into Europe.
Website: https://juliejuly.co.uk/
Spotify:
https://open.spotify/album/2WhH5ThXwJAw9YZAsbs7rF?si=QT917mg1SkaKVNksj69toA