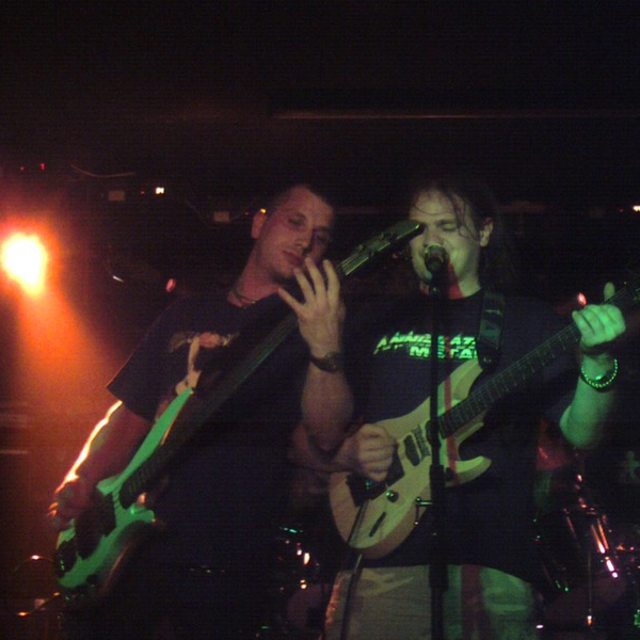 We are a gigging Power/speed metal band from Wakefield, West Yorkshire who are looking for a drummer with a good commitment to gigging and have own transport and can practice at least once a week. We made quite a name for ourselves throughout Yorkshire in the first year but need to build it back up after being messed around by our second drummer. Any kit size is ok but must be able to keep a fast pace for a majority of the songs. The farthest we have travelled so far gigging wise is to Hull but for most the gigs are local ( Bradford,Leeds,Wakefield ) and we have headlined Bradford Rio's before!! You can visit our myspace page at www.myspace/equinoxofficialuk

Screen name:
jozwoz
Member since:
Aug 13 2007
Active over 1 month ago
Level of commitment:
Committed
Years together:
2
Gigs played:
50 to 100
Tend to practice:
1 time per week
Available to gig:
1 night a week
Age:
43 years

Our main influence is Megadeth and a German metal band named Rage. Also, Helloween, Annihilator etc so a mix between heavy and melodic and quite late 80's metal to early 90's. It's because of this niche why people remember us!!

We will be a three piece once we find the drummer with myself Joel Hardwick ( vocals and guitars ) and Gaz Parkin ( Bass and backing vox ).

we have all our own equipment but our practice rooms do offer their own so no need to cart equipment round for every practice!