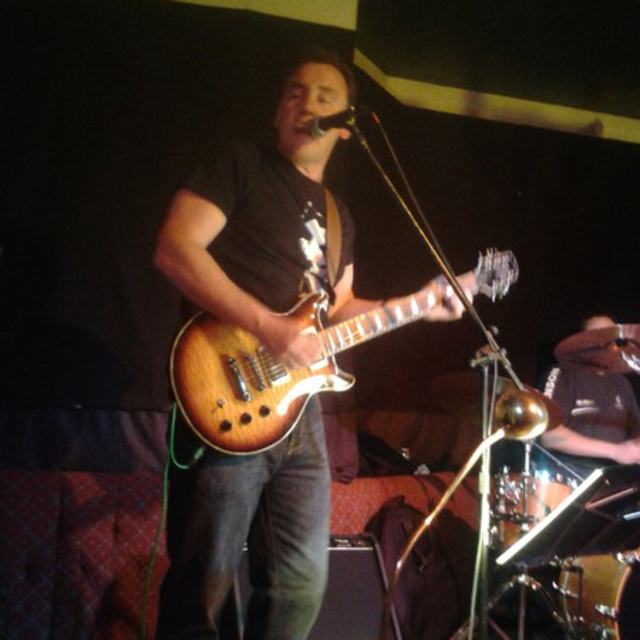 Hereâ€™s the thingâ€¦â€¦.. Iâ€™ve had a little time off now from playing in an originals band (about a year ago) and more recently a punk covers band (called 77, helped them out whilst they were in between guitarists) and now I would very much like to have a reason to play again and play well!!
For some years I was guitar and vocals in a three piece called â€˜The Wilson Effectâ€™, we did rock and some pop covers, parties mostly and some pubs. I discovered I really enjoyed singing, the more I sang the stronger my voice was (roughly translated this means Iâ€™ve not sung for a while &#61514;so it may be a little ropey at first).
My ultimate fantasy cover band scenario is now firmly established on a three-fold level.
Top of the list would be a MUSE tribute band. Iâ€™ve listened to â€˜Musedâ€™ and â€˜Fusedâ€™ and â€˜Ffuseâ€™ (muse and foo fighter tribute) so can see and hear it can be easily done. Not sure what weâ€™d call it at this point but there are plenty of song titles to choose from.
Second on the list is probably a Paul Weller tribute but from the Stanley Road and Heavy Soul albums onwards. The soul and blues in those albums is simply to die for in this modern age and is rarely heard.
Thirdly would be the Manic Street Preachers. While I like some of the early stuff its mostly from the Everything Must go and onwards I really started to appreciate them.
I'd like to play with a drummer, bassist and keyboard player all of whom can add vocals (lead or harmony), who share a similar interest in music. Iâ€™d like to have a good laugh in the process. Thereâ€™s everything right about being a weekend rock star without the ego of thinking you have to be famous. Enjoying playing music live is the most important criteria in all of this.
If you feel you would like to be a part of this or think I may be the right guitarist and vocals for your band send me a mail or find me on (my will have one of my photos from here on it).
If youâ€™d like me to try out for your band the styles I enjoy playing are listed in my â€˜influences sectionâ€™. I do love to Rock and can lose myself in the blues.
I'm keen to play as I'm much better on guitar than on Call of Duty.

Originally inspired to play guitar by Brian May, Jimmy Page and Angus Young. Then Alex Lifeson was it for many years. I shifted for a while to Robert Cray then the blues rock soulfulness of Stevie Ray Vaughan had me in his grip for a while. Back to a hint of prog with my guilty pleasure It Bites then on to The Brothers Johnson a bit of James Brown and some Parliament which led nicely to the Red Hot Chili Peppers. Not quite sure when I found Steve Vai in the middle of this lot but I did. How can I forget the amazing Rage Against the Machine.

I seem to have forgotten Steely Dan, that Larry Carlton is a genius. And Paul Weller.

It was about the turn of the Century that I got into the Manics and a little later Morrisey and then in the past 6 years I have become a major Muse fan.

there's only me at the mo