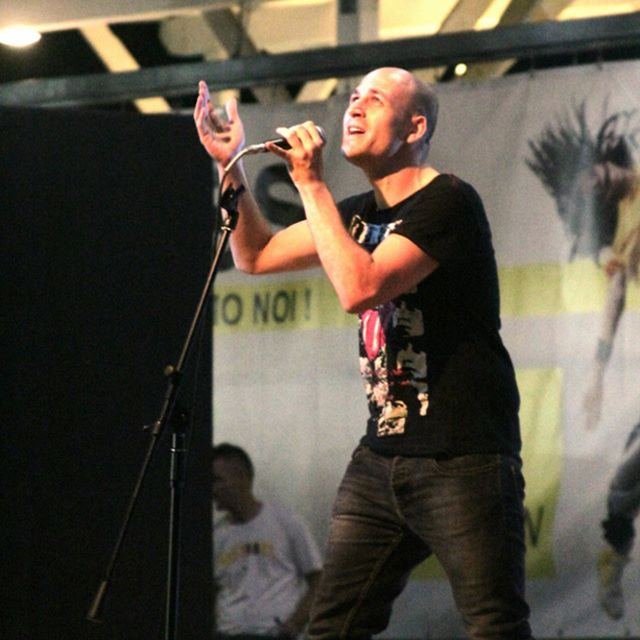 Singer with several years of experience and voice teacher .
He first band was formed at school where he sang covers of hits from the 60â€™s and 70â€™s (Pink Floyd, Queen, Led Zeppelin, Deep Purple). He went on to work with the group Never Blame (https://myspace/neverblame) for which he wrote and composed original rock songs both in Italian and English.
In 2012 he joined the band Burning Desire where he sang original 80â€™s hard rock songs and in 2013 he joined a Europe Tribute band called Stormwind touring regularly.
After studying theory,composition, solfeggio and piano at ST.LOUIS college of music in Rome, Daniele began seriously studying vocal technique, but wanting to develop further he joined the Institute of Vocal Advancement on their teacher training program working with some of the worldâ€™s foremost voice experts. After experiencing the dramatic changes this technique brings giving him the ability to smooth the breaks in his voice, he is now bringing his experience both on the stage and in the classroom to a new generation of performers and singers.