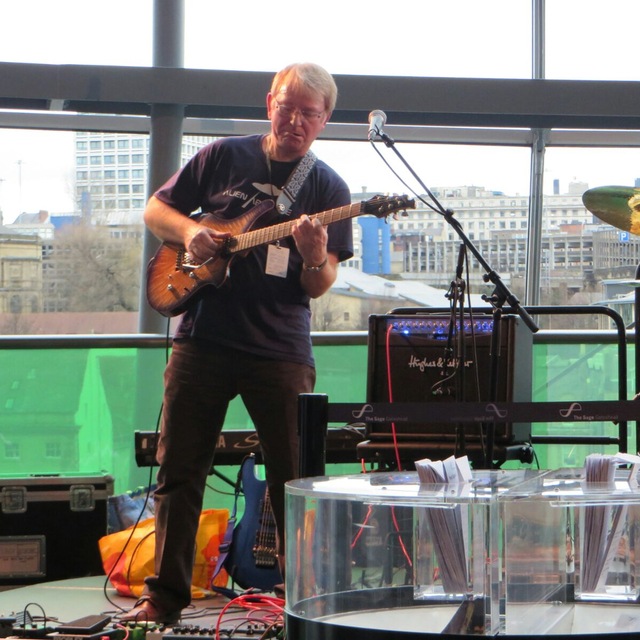 Jazz Fusion guitarist. JohnMc1953atyoohoodotcom
Who'd have thought it? A second jazz fusion guitarist from Whitley Bay called John McLaughlin! We were both brought to Whitley Bay as children by Scottish parents. I believe he left for London just about the same time I set foot in Whitley Bay in 1959.
I am looking for a drummer comfortable with complex time signatures and able to drive the band. Also looking for a keyboard player similarly comfortable with complex time signatures and twelve tone music. The ability to improvise is paramount.
Loads of tracks (1227 to date) can be heard on SoundCloud - https://soundclouddotcom/john-mclaughlin
As well as playing the guitar I also dabble on keyboards to create MIDI sounds from my DAW (Cakewalk Sonar X3 Producer), sometimes mixing them with guitar and other times just creating sounds with synths.