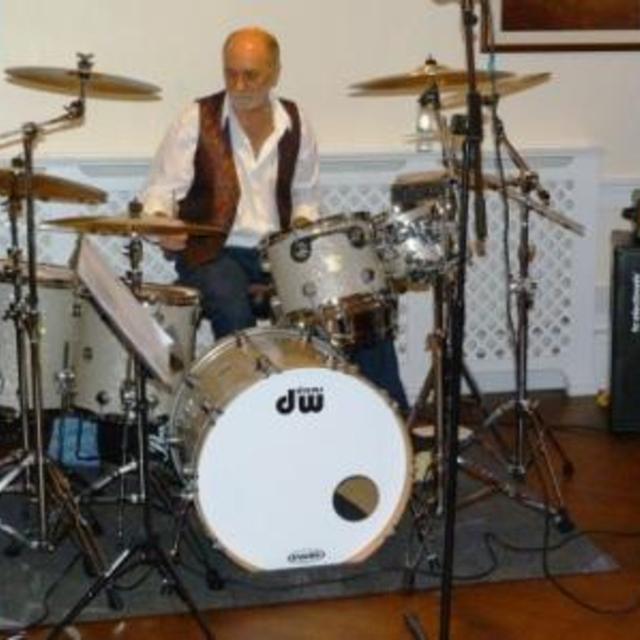 Aging (Phil Collins is older!) but still enthusiastic drummer looking for a band not a million miles away from Croydon. Not looking to make a living from it but still want to play to the best of everyone's ability and above all enjoy it! Gigging once a month or thereabouts would be ideal but more than willing to rehearse weekly or fortnightly. Probably looking for band playing mainly covers or good album tracks.

I started playing in the late '60's, main influences initially Brian Bennett with the Shadows and Bobby Elliott with the Hollies. Since then I've followed most types of music with the proviso that they have a tune that I like and lyrics I can understand, including Soul, R'n'B, Country, AOR, Rock (ok, all the usual stuff!). Without sounding pretentious, my aim is to play for the song and yes, I can play softly when needed (I even have brushes!), although loud in the right places is good too!
I'm not usually as grumpy as I look in the photo - I think I was concentrating on the next difficult bit in the song!!