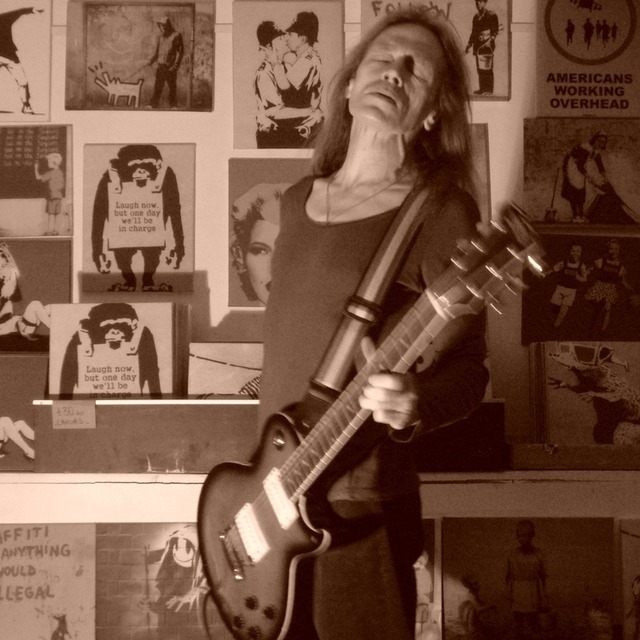 I'm a 55 year-old guitarist/singer/entertainer who, after 25 or more years of being away from music, has rediscovered with a passion, the need to form 'the band' that I always wanted to. The photos make me look more serious than I intended. I'm what you'd call a 'good old-fashioned front-man', and I'm more into entertaining and throwing out energy than I am having people admire our musical ability. If the audience leave the gigs energised and with big grins on their faces, then we've done our job. Free-jamming is my thing, that's where the songs come from for me. I get utterly carried away with playing, but more to the point, I'm bored out of my skull with the so-called current music scene; nobody has any damn character - dull, depressing, I want to find a band who, like myself, doesn't give a s**t as long as we're tight, loose, spontaneous and well-rehearsed. I have endless ideas and although I just want to jam, play a few gigs and have serious fun before I claim my zimmer frame from the NHS, I intend to work very, very hard on everything, from rehearsing songs through to presentation, performance etc. So hard that it becomes natural.
After too many years of being around tedious male musicians, I had the odd idea of working with the right female musicians, who don't take themselves seriously and who understand the value in putting on a show. Initially, I'm looking for a female drummer and bassist. The ability to sing would be delightful but not essential. The right attitude and character, however, is essential. Any age is fine, as long as you're cool with my age.